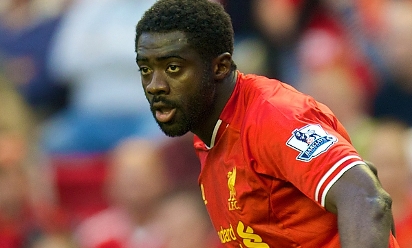 The day the world learned the truth

Kolo Toure admits he's been overwhelmed by the support he's received from Liverpool supporters since joining the club – and he has a simple message for them: 'I will fight for you.'

The defender has quickly established himself as a favourite amongst Reds fans following a summer transfer from Manchester City.

And Toure feels the backing he gets from Kopites provides him with an extra lift when he steps out onto the pitch.

He told Liverpoolfc.com: "I really enjoy it when I see them [the fans] every day. I can feel their support and I can feel they love the club. That's great.

"Like I said when I came, it's a big change for me to be at Liverpool Football Club and I'm really enjoying it.

"I really want to fight for them because when you have fans like that, it gives you extra power.

"I really want to do as well as I can for the club and for the fans as well because they are great."

It's not just his exceptional performances and leadership that has won over the Liverpool supporters, with Toure's enthusiasm and love for the game apparent in each of his three appearances so far.

"What I've done is normal because with this team and the players I have around me, that makes everything easy," he considered.

"They are top-class players, really focused and everyone is doing their jobs. I am really enjoying it and I hope we can carry on."

The Ivorian knows he faces an even bigger challenge to hold down a regular starting berth, but it's a task he'll tackle with relish.

"It's fantastic," said Toure. "It has increased the competition and everybody has to work really hard every day.

"That is the only way we can make the team better and I'm glad we have signed two very, very good players.

"We know all about Mamadou Sakho, he is a very good player. Tiago has also come in from Portugal and is a really good defender as well.

"The competition will be really tough and we need to work extra hard. Nobody will be expecting to play, we'll all have to fight, but I love the competition."

Toure's arrival in the summer brought some experience to Liverpool's backline following the retirement of Jamie Carragher.

The centre-back will put that know-how to good use by helping the Reds' new recruits settle in - though he's ready to do all he can to show Brendan Rodgers he should be a regular starter.

Toure added: "I will always bring my experience. The competition will be fair and I will help them when they need it. We work as a team, but I will do my best to show the manager I can keep my place.

"I enjoy the responsibility [of leading by example]. With the experience I have, I can help them and show them the way."