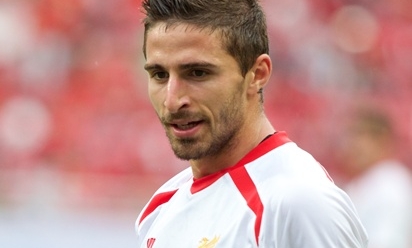 Dan: I missed out on shooting practice

Liverpool Football Club has confirmed that Italian forward Fabio Borini has joined Barclays Premier League side Sunderland on loan for the duration of the 2013-14 campaign.

The 22-year-old joins the Black Cats, who are managed by Paolo Di Canio and currently sit 19th in the league standings, on a season-long deal.

Borini was Brendan Rodgers' first signing as Liverpool boss after completing a transfer from Serie A outfit Roma in July 2012.

The No.29 has since made 20 appearances for the Reds, notching two goals in the process.