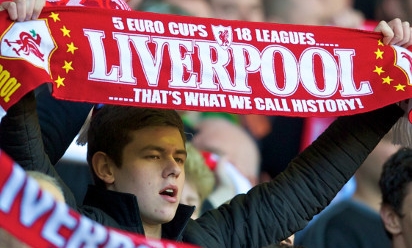 Following consultation with our Supporters' Committee, Liverpool Football Club are reducing ticket prices for away fixtures during the 2013-14 Barclays Premier League campaign.

Starting with our upcoming fixture at Swansea City, reductions will range from £2 to £4 dependent on the opposition and will apply to all tickets purchased for each game.

The move follows a Premier League initiative, which sees each club allocate £200,000 to be used specifically to improve the away supporters' experience and maintain away attendances.

Before taking a decision on how to invest the funds this season, LFC liaised with the club's Supporters' Committee to hear its views.

The club has subsequently taken the decision that fans would prefer a reduction in ticket costs.

"Liverpool Football Club has the highest away support following in the Premier League and we need to maintain that. We hope this initiative will help our loyal fans and also safeguard the numbers who follow the club up and down the country."

Further benefits to improve the away supporters' experience are expected to be announced during the course of the season.