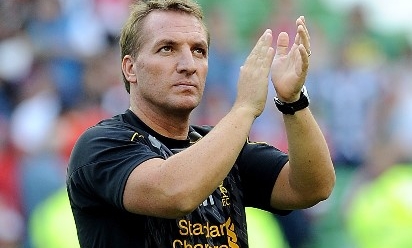 Brendan Rodgers watched Daniel Sturridge make an instant impact in his 45-minute substitute appearance against Celtic on Saturday and subsequently lavished praise on his January signing.

The 23-year-old missed the club's summer tour and the bulk of the Reds' pre-season preparations following an ankle injury he suffered on international duty with England in May.

Sturridge returned at the Aviva Stadium today, though, and his performance suggested fans can expect similar dividends to the 11 goals he struck in 16 appearances in 2012-13.

"I thought he was excellent," Rodgers told reporters at his post-match press conference.

"You saw the difference when he came on in the second half - that power and pace, and his link-up play with Coutinho was great.

"He's working really hard to get fit and he's looked really strong in training this week.

"He got 45 minutes today and we've got a behind-closed-doors game in the early part of the week. We can assess him after that but he looked really good."

Sturridge worked effectively in tandem with Philippe Coutinho after entering the action at half-time against the Scottish champions - and the boss was encouraged by the combination play at the front of his team.

"Young Philippe Coutinho has been fantastic since he's been in. He's a wonderful footballer and a real joy to watch," the Northern Irishman continued.

"He's very effective, he creates opportunities and he's disappointed he didn't score today because he had a couple of opportunities to get his shot away.

"We've got some top players here - the likes of Steven Gerrard, Coutinho and Sturridge. They're all on the same wavelength and their interplay and how they combine is very promising.

"We're really looking forward to the start of the season now. The players have worked really hard, they're in really good shape and we're itching to get going."

The manager was also questioned about the absence of new vice-captain Daniel Agger and reports linking the Danish centre-half with a move away from Anfield.

Rodgers said: "The two things with Daniel were that obviously he had some fluid in his knee after Steven's testimonial game.

"He had to get that taken out so he hasn't trained for the week.

"The only other development was that we named him as vice-captain. There's nothing in terms of Barcelona!

"He's a top player who really wants to work at the club and I'm really looking forward to him in his new role."

The situation regarding Liverpool forward Luis Suarez was once again on the agenda, with the boss explaining the process for the Uruguayan to be brought back into the fold. 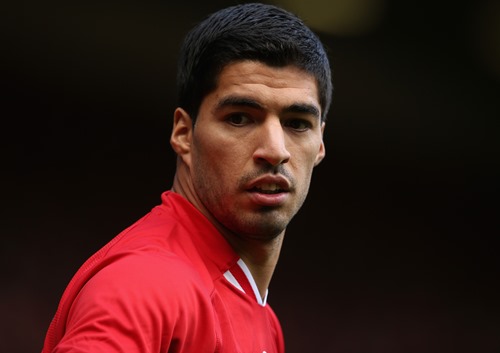 "Initially there will be a recognition and apology to his teammates and the club," he added.

"Once we get that commitment that he's ready to fight as he has always done...

"Luis Suarez has fought tirelessly for this club. The Luis Suarez we've seen over this period of time is not the one I know and we need to protect the group and the fans and great supporters of this club.

"He spent a few days working on his own. When he comes back from his international trip with Uruguay, we'll assess it."

Rodgers met the club's principal owner, John W Henry, during the Reds' trip to Norway in midweek and revealed that everyone involved in the decision making is completely on the same page.

"He's a world-class striker and when he's committed to the cause of playing for Liverpool we'll welcome him back with open arms.

"There's been a lot of speculation about all these clubs. I was made aware at the end of last season that we were going to have a number of clubs come in for him.

"We've had one, that's it. Our intention is to keep Luis Suarez."