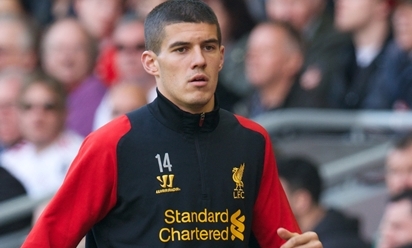 Liverpool Football Club has today confirmed that midfielder Conor Coady has joined League One side Sheffield United on a six-month loan deal.

The 20-year-old joins the Blades, currently managed by former Everton defender David Weir, in time for the beginning of their 2013-14 campaign on Friday, August 2.

United finished fifth in the League One standings last season before suffering elimination at the semi-final stage of the play-offs by Yeovil Town.

Captain of the Reds' U21s team, Coady made his senior Liverpool debut during 2012-13, starting the Europa League clash against Anzhi Makhachkala in November 2012.

He also made his Barclays Premier League bow for the club by appearing as a late substitute at Fulham in May of this year. Coady wore the skipper's armband for England at the U20 World Cup earlier this summer.