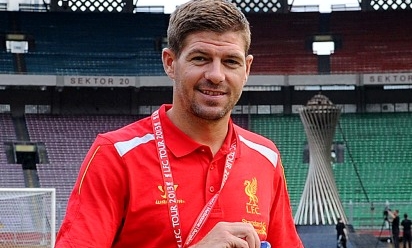 Steven Gerrard admits he is as interested as anyone to know who the club's next vice-captain will be - and he believes there are four or five candidates.

The position needs to be filled following the retirement of Jamie Carragher - who was vice-captain from 2003 - this summer.

Skipper Steven Gerrard told Liverpoolfc.com: "We've got a lot of experienced players in the squad - Skrtel, Agger, Lucas will all be pushing. Glen Johnson is a very experienced international as well.

"It's going to be an interesting one. The manager has given no clues away just yet.

"Whoever it is, all of the lads will get behind them.

"It's the manager's decision - he makes all of the big decisions at the football club, certainly on the pitch anyway.

"I think he'll name it very soon, before the important games come around.

"There are four or five candidates vying for that spot so it's interesting."

Gerrard's thoughts on the new signings and more are now on LFCTV Online. Sign up from £2.99 a month.