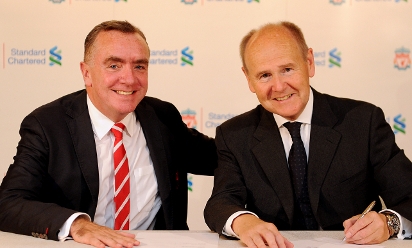 Liverpool Football Club and Standard Chartered Bank have today announced a two-year extension to their successful partnership, continuing with global community work at the heart of the relationship. 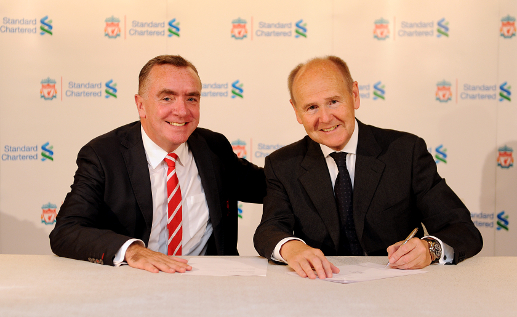 The bank signed up as the club's main sponsor in July 2010, appearing on the front of the Reds' shirts for the last three seasons. During this time Standard Chartered and Liverpool FC have brought fans across the world closer to the club through various campaigns, including the current 2013 pre-season tour. The partnership has now been extended to run until at least the end of the 2015-16 season.

Over the last three years the partners have developed award-winning corporate social responsibility campaigns. Fans, players, legends and staff have come together on a number of high-profile occasions to highlight global issues such as preventable blindness, empowerment for girls and HIV awareness. 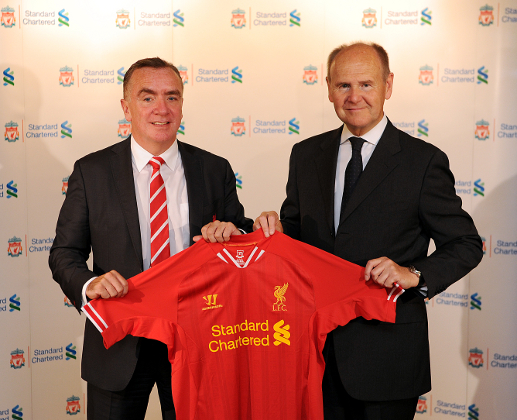 Billy Hogan, chief commercial officer at Liverpool FC, said: "When Standard Chartered first came on board we knew we found a partner that shares our passion for community and desire to make a positive difference. We are delighted to announce the extension of our partnership, which shows the belief and continued commitment to the work that we are doing together and the values that we share."

As part of the club's strategy to bring fans closer to the club no matter where they are in the world, Liverpool FC has just embarked on a tour of Asia and Australia in partnership with Standard Chartered, where they will play in front of packed stadiums in Jakarta, Melbourne and Bangkok.

Peter Sands, group chief executive of Standard Chartered PLC, said: "Our sponsorship of Liverpool Football Club has proved successful for both parties and we are delighted to be extending our partnership.

"Liverpool are hugely popular in the markets where we do business, and we are excited about the opportunity to continue to work with this fantastic club and their passionate fans."