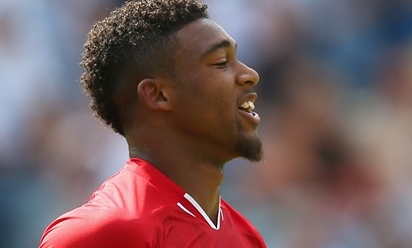 Simon: The lads have made it easy for me

Jordon Ibe struck his first senior goal in Liverpool colours during the 4-0 friendly victory over Preston on Saturday and later revealed that relief took precedence over celebration when the ball crossed the line.

The 17-year-old, who made his debut for the Reds in the final game of the 2012-13 season, buried a low strike from the edge of the box into the back of the net 10 minutes before half-time at Deepdale.

"It felt really good, especially scoring and playing with the first team. I enjoyed it a lot," he told LFC TV post-match.

"I was waiting for the ball to cross the line; I didn't have a celebration so I just put my hands in front of my face. I was so relieved, and I looked at Brendan.

"I've always wanted to score in an important match, especially playing with the first team, so once that went over the line I felt so happy."

Ibe has been training with the first team at Melwood since pre-season started at the beginning of July, and the quick forward is determined to continue his progress at Liverpool this year.

The No.44 added: "The pre-season has been going well. We have been doing some hard work - running and whatnot.

"I'm just learning from the first-team players and trying to show that until the season starts. Hopefully I can do well.

Watch the Reds live in style this season from just £99+VAT. Click here for more details.