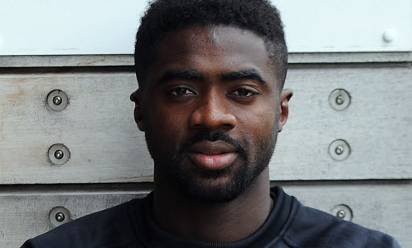 Kolo Toure has revealed that his first thought when Liverpool phoned him this summer was 'wow'.

Having examined his new club and new teammates at close quarters for almost two weeks at Melwood, the 32-year-old now has high expectations for the 2013-14 campaign ahead.

"For me, it's an honour to play for Liverpool - this club is unbelievable," Toure explained to reporters gathered at the club's training complex on Wednesday.

"I've just been here for two weeks and I've seen a lot of fantastic things. I'm proud and I will give my best to this football club.

"When I had to decide, when I had the phone call from Liverpool, you can't joke with that. It's one of the biggest clubs in the Premier League. I was like, 'wow'.

"I had to take my decision straight away because at the minute Liverpool are not in the top four, but they have the history, the quality, the players and the mentality as well.

"This club is a winning club and I want to be part of history here, that's why I came - to try to build the team as far as we can, to be top four or to win a trophy.

"We just want to win trophies and want to play in the Champions League as well. There are a lot of good teams out there but with the squad we've got, we have great players and a great mentality here, we can do very well this season.

"It's going to be tough but I believe we're focused on training. Everybody is really focused, there is a lot of concentration; every player is working hard, even the young players.

"The club want to get back to the top four and want to win trophies - to be part of a team who can come back into the top four is going to be amazing. That's why I'm here.

"We believe that we can achieve that. With what I see in training every single day, the squad we've got, and the mentality and winning habits the team have, I think we can get there - definitely."

A member of the Arsenal 'Invincibles' team that navigated an entire Barclays Premier League season without defeat in 2003-04, Toure hopes his experience can help to replace the qualities lost by the retirement of Jamie Carragher.

"Of course my experience is going to be important. I know Jamie Carragher was a really important player for this football club," the Ivory Coast international added.

"He's retired now and Liverpool had to look for somebody who can replace him. I'm the one and it's a big honour, personally.

"To be chosen to replace Jamie Carragher is unbelievable because he has been a fantastic player for this football club, he was a great leader. What I will try to do is not going to be easy, but I will do my best.

"Coming to Liverpool was really important. At City in the last two years, I haven't played a lot of games.

"Being there four years, two were very good and the last two years were much more difficult. But I'm joining one of the best clubs in the Premier League.

"My time at City was great, with the fans and the people at the club. I still have a lot of friends there. It's a new challenge now, a new team and I just want to give my best for Liverpool.

"I wanted to join Liverpool because of course I want to play more games. The competition is tough, there are some good defenders here, we all need to fight for our place - I'm willing to do that.

"Last season I didn't play, I was out of the squad. It has been a tough time but this season is going to be a great season for Liverpool. To be part of the team who can bring the club back to the Champions League would be amazing. That's what I'm looking for."

Six of Liverpool's pre-season games are live online with an LFCTV Online subscription. You can sign up now from £2.99 a month. Find out more about our pre-season coverage and how to sign up.