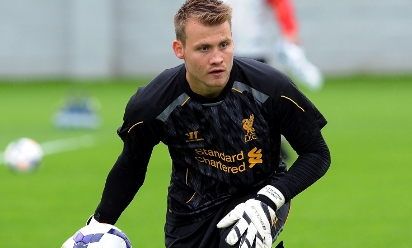 Brendan Rodgers has revealed why he decided to sign another top-class goalkeeper this summer.

Simon Mignolet was one of the Barclays Premier League's top stoppers at Sunderland last season and arrives at Anfield to provide competition for Pepe Reina - Liverpool's first-choice between the sticks since 2005.

Brad Jones also has experience as a No.1 in the top flight, meaning Rodgers is spoilt for choice in the goalkeeping department.

"I always felt it was important for us to have competition right the way through the squad, and that includes the goalkeepers," Rodgers told Liverpoolfc.com.

"I spoke to Pepe about this a few months back and told him we wanted to bring in another goalkeeper as real competition. Pepe has been terrific here, Brad Jones was excellent when he stood in last year, and I felt we needed another one.

"I was very open with my goalkeepers and they know the situation. Simon comes in and we've got great competition, and when you've got competition it pushes everyone to perform.

"We obviously lost a young goalkeeper in Peter Gulacsi so we needed three very capable goalkeepers - and we've brought in Simon Mignolet, who's one of the top young goalkeepers in Europe. He's shown that at Sunderland over the last few years.

"He's got great stature and I think he was player of the season at Sunderland - and I really think he can improve on that talent.

"He's part of the Belgian set-up and it's really their golden era of players. Him coming here will hopefully increase his opportunities there also."

With exclusive first interviews, training footage and live pre-season games, there has never been a better time to sign up to LFCTV Online. It costs as little as £2.99 a month - sign up now.