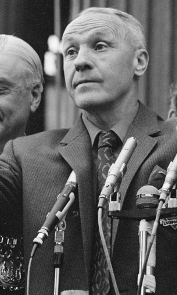 Suarez: Five of the best

Thirty-one years on from his passing, we celebrate some words of wisdom from our most iconic manager. 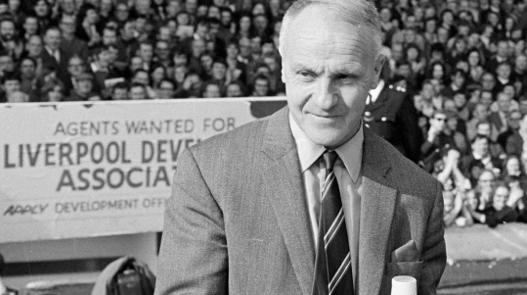 'Some people believe football is a matter of life and death, I am very disappointed with that attitude. I can assure you it is much, much more important than that.'

'The trouble with referees is that they know the rules, but they don't know the game.'

'Son, you'll do well here as long as you remember two things. Don't over-eat and don't lose your accent.' - to Ian St John when he signed for Liverpool.

To a journalist who suggested Liverpool were struggling - 'Ay, here we are with problems at the top of the league.'

Talking to a reporter about Roger Hunt - 'Yes Roger Hunt misses a few, but he gets in the right place to miss them.'

Explaining to Kevin Keegan what's expected of him at Anfield - 'Just go out and drop a few hand grenades all over the place son!'

'I know this is a sad occasion, but I think that Dixie would be amazed to know that even in death he could draw a bigger crowd to Goodison than Everton on a Saturday afternoon.' - speaking at the funeral of Everton legend Dixie Dean.

'If Everton were playing at the bottom of the garden, I'd pull the curtains.'

'Sickness would not have kept me away from this one. If I'd been dead, I would have had them bring the casket to the ground, prop it up in the stands, and cut a hole in the lid.' - after beating Everton in the 1971 FA Cup semi-final.

Addressing the Liverpool fans who turned up in their thousands to welcome the team home despite losing to Arsenal in the 1971 FA Cup final - 'Chairman Mao has never seen a greater show of red strength.'

After signing Ron Yeats - 'With him in defence, we could play Arthur Askey in goal.'

To Alan Ball after he'd signed for Everton - 'Never mind Alan, at least you'll be able to play next to a great team.'

To Tommy Smith after he'd turned up for training with a bandaged knee - 'Take that poof bandage off, and what do you mean YOUR knee, it's LIVERPOOL'S knee!'

To the players after failing to sign Lou Macari - 'I only wanted him for the reserves anyway.'

To Ian St John - 'If you're not sure what to do with the ball, just pop it in the net and we'll discuss your options afterwards.'

'In my time at Anfield we always said we had the best two teams on Merseyside - Liverpool and Liverpool Reserves.'

'Of course I didn't take my wife to see Rochdale as an anniversary present. It was her birthday and would I have got married during the football season? Anyway, it was Rochdale Reserves.'

Shankly to the Brussels hotel clerk who queried his signing 'Anfield' as his address on the hotel register - 'But that's where I live.'

Shankly explaining rotation to a reporter - 'Laddie, I never drop players, I only make changes.'

Comparing the Anfield pitch to other grounds - 'It's great grass at Anfield, professional grass!'

'The difference between Everton and the Queen Mary is that Everton carry more passengers!'

To a local barber, who in 1968 had asked 'Anything off the top? Shanks retorted - 'Aye, Everton!'

On awaiting Everton's arrival for a derby game at Anfield, Shankly gave a box of toilet rolls to the doorman and said - 'Give them these when they arrive - they'll need them!'

'I always look in the Sunday paper to see where Everton are in the league - starting, of course, from the bottom up.'

To Chris Lawler during a training session at Melwood - 'Was it a goal? Was I offside?' Lawler replied - 'You were boss.' Shanks then quipped - 'Christ, son, you've been here four years, hardly said a word and, when you do, it's a bloody lie!'

To Tommy Smith during training - 'You son, could start a riot in a graveyard.'

'There's Man Utd and Man City at the bottom of Division One, and by God they'll take some shifting.'

'It's a 90 minute game for sure. In fact I used to train for a 190 minute game so that when the whistle blew at the end of the match I could have played another 90 minutes.'

On a wartime Scotland v England match - 'We absolutely annihilated England. It was a massacre. We beat them 5-4.'

After losing to Ajax in the 1967 European Cup - 'We cannae play these defensive continental sides!'

What Shanks disliked about football - 'The end of the season.'

Radio Merseyside reporter to Shankly - 'Mr Shankly, why is it that your team's unbeaten run has suddenly ended?' Shanks replied: 'Why don't you go and jump in the lake?'

On hearing a rival manager was unwell - 'I know what's wrong - he's got a bad side!'

To reporters after a 3-0 defeat - 'They're nothing but rubbish. Three breakaways, that's all they got.'

Talking about Tommy Smith - 'If he isn't named Footballer of the Year, football should be stopped and the men who picked any other player should be sent to the Kremlin.'

To a translator, when being surrounded by gesticulating Italian journalists - 'Just tell them I completely disagree with everything they say!'

After winning the FA Cup in 1974 Shankly goes into a fish and chip shop and orders a fish supper. The woman at the counter asks - 'Mr Shankly, shouldn't they be having steak suppers?' Shanks replied - 'No lass, they'll get steak suppers when they win the double!'

To the Anfield PA during a match - 'Jesus Christ, son, can ye no' talk into that microphone when the players are in the penalty box. You're putting them off, you're doing more damage than the opposition.'

Shankly on boardroom meetings - 'At a football club, there's a holy trinity - the players, the manager and the supporters. Directors don't come into it. They are only there to sign the cheques.'

Explaining on what the off-side rule should be - 'If a player is not interfering with play or seeking to gain an advantage, then he should be.'

'I was only in the game for the love of football - and I wanted to bring back happiness to the people of Liverpool.'

'"If you can't make decisions in life, you're a bloody menace. You'd be better becoming an MP!'

When told he had never experienced playing in a derby - 'Nonsense! I've kicked every ball, headed out every cross. I once scored a hat-trick; one was lucky, but the others were great goals.'

After a 0-0 draw at Anfield - 'What can you do playing against 11 goalposts!'

Waxing lyrical about Ian Callaghan - 'He typifies everything that is good in football, and he has never changed. You could stake your life on Ian.'

'Fire in your belly comes from pride and passion in wearing the red shirt. We don't need to motivate players because each of them is responsible for the performance of the team as a whole. The status of Liverpool's players keeps them motivated.'

'Football is a simple game based on the giving and taking of passes, of controlling the ball and of making yourself available to receive a pass. It is terribly simple.'

On the leaving of Liverpool - 'It was the most difficult thing in the world, when I went to tell the chairman. It was like walking to the electric chair. That's the way it felt.'