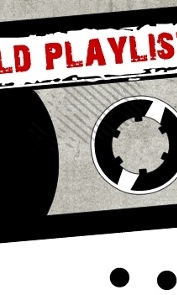 A pot at the end of the rainbow?

Earlier this week, Liverpool FC called on supporters to help shape the pre-match and half-time atmosphere at Anfield by submitting their match-day playlists - and we can now reveal the contenders for the FA Cup tie with Brighton.

Having been inundated with entries, we've whittled down the suggestions to a shortlist of four pre-match and half-time playlists - and now we want you to vote for your favourite trio of tracks.

The winning playlist will be aired by either Pete or George inside Anfield prior to kick-off and the fan whose selection is chosen will be name-checked and also identified in a news story on this website.

Cast your vote below for the pre-match playlist.

Playlist A: Submitted by Niall Drumm

Coldplay - Paradise
U2 - Elevation
The Coral - Dreaming of You

Playlist B: Submitted by Suzy Ive