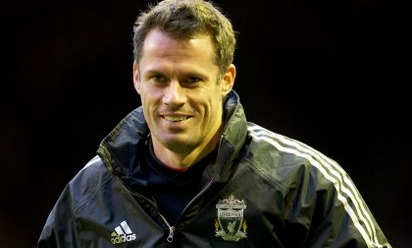 Jamie Carragher will equal Ian Callaghan's club record of 210 cup games if he faces Brighton on Sunday. Here are all the rest of the pre-match stats courtesy of Ged Rea.

The sides are meeting for the second time this season after Liverpool won 2-1 in the League Cup at the Amex Stadium in September thanks to goals from Craig Bellamy and Dirk Kuyt.

This is the first time the teams have faced each other in the FA Cup for 21 years. Then, they drew 2-2 at Anfield in the fourth round before Liverpool won the replay on the south coast 3-2.

On the only previous occasion the sides met in this round of the FA Cup, the winners went on to reach the final. Brighton won at Anfield but lost at Wembley to Manchester United after a replay.

Liverpool are in the fifth round for only the second time since they last lifted the trophy in 2006.

They are aiming to reach the last eight of the FA Cup for only the second time in 11 seasons. The last three occasions they have featured in the quarter-finals they have gone on to play in the final.

Liverpool have lost four of their last five home FA Cup meetings with teams from the second tier including the last three - beaten by Reading in 2010, Barnsley 2008 and Crystal Palace in 2003.

The last time the Reds were drawn at home in rounds three, four and five was in 1976-77. That year they also played at home in quarter-final.

In the last 20 years Liverpool have been beaten on home soil in this competition by four lower division teams beginning with the letter 'B'- Bolton, Bristol City, Blackburn and Barnsley.

Glen Johnson and Luis Suarez have yet to play for Liverpool in the FA Cup.

Suarez will hope to become only the second player from Uruguay to appear in an FA Cup final. The first was the manager of Sunday's visitors - Gus Poyet.

Stewart Downing faced Brighton in the FA Cup in 2009-10. His Aston Villa team defeated the south-coast club 3-2 at Villa Park.

Steven Gerrard, Andy Carroll and Luis Suarez could all start the same Liverpool game for the first time.

If he plays on Sunday, Jamie Carragher will equal Ian Callaghan's club record of 210 cup games for the club.

The next goal Liverpool concede will be the 50th since Kenny Dalglish returned in January 2011.

The Reds have drawn three of their last four home games in all competitions.

Only one of Liverpool's last seven goals has been scored in the first half of games - Daniel Agger in the 21st minute of the game in round four against Manchester United.

14 players have scored FA Cup hat-tricks for the Reds at Anfield. The last man to achieve the feat was Yossi Benayoun in 2008 against Havant & Waterlooville.

The only hat-trick scored by a Liverpool player against Brighton came from Paul Walsh in the League Cup in 1985.

The Reds have won seven of the previous 12 meetings with the Seagulls at Anfield in all competitions.

Only once have Liverpool eliminated the same team from both the FA Cup and League Cup during the same season. That was Burnley in 1994-95.

This will be Brighton's 13th visit to Anfield in all competitions - they have won twice. In March 1982 Andy Ritchie scored the only goal of the game and 11 months later Gerry Ryan and Jimmy Case netted in the famous 2-1 FA Cup win.

Albion are one of five teams to reach the FA Cup final and be relegated in the same season (1983). Portsmouth were the last in 2010.

They are one of 16 teams to make one solitary appearance in the final.

When they reached the final in 1983 they beat Newcastle (who they defeated in the last round this season) and Liverpool along the way.

The last time Brighton won on a top-flight ground in this competition was in 1986 when they won 2-0 at Newcastle. That day Dean Saunders, later to join the Reds, was amongst the scorers.

This is only the second time in 26 seasons that Albion have reached this stage of the FA Cup. Last season they also played in round five, losing 3-0 at Stoke.

The last Brighton player to score an FA Cup hat-trick was Jake Robinson in his side's 8-0 win over Northwich Victoria in 2006-07.

Brighton have scored in 19 of their last 21 games in the FA Cup.

Manager Gus Poyet was a member of the Chelsea side that won the last FA Cup final played at the 'old' Wembley - defeating Aston Villa 1-0 in 2000.

Vicente made his Brighton debut against Liverpool in the Carling Cup meeting last September, coming on as a 61st minute substitute for Will Buckley.

Albion are unbeaten in the last 10 games in all competitions - they have won seven and drawn three.

They are unbeaten away from home since losing 2-0 at Coventry on New Year's Eve - which saw them suffer a fourth Championship defeat in a row.

Including their penalty shoot-out win at Wrexham in round three, they have won seven of their 17 away games this season.

Only two of Brighton's last 11 goals have been scored before the 73rd minute.

They have scored only two first-half goals since the end of November (a run of 15 games).