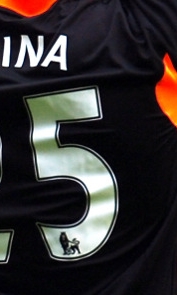 Kenny Dalglish believes Liverpool's impressive defensive form this season is a result of a team effort rather than the impact of individuals.

Goalkeeper Pepe Reina is joint top (with Manchester City's Joe Hart) in the Premier League clean sheet stakes following a last-ditch block at the feet of Gareth Bale on Monday which earned him his 10th shut-out in 24 games.

But while Dalglish is delighted with the form of his Spanish stopper, the boss insists it has been a collective push that has meant Liverpool have conceded two fewer than league leaders City.

"The clean sheet on Monday was Pepe's 10th of the season, which puts him at the top of the list in the division," Dalglish told LFC Magazine.

"But while it is the goalkeeper who gets the recognition, everybody plays a part in achieving those clean sheets. Pepe made a really good save late on in the game on Monday and, like the rest of the team, made an important contribution to us getting the result.

"Like everything else, whether you're attacking the goal or whether you're defending it, everybody has to be taken into consideration. They have all made a contribution to us not losing too many goals.

"The forwards work hard to play their part and you could go straight through the team. In the same way, everybody contributes to making a goal."

Reina has an impressive track record when it comes to keeping clean sheets. The Reds' No.25 won the Premier League Golden Glove award in three consecutive seasons from 2005 to 2008.

In 244 league appearances for Liverpool since joining from Villarreal in July 2005, he has made 1094 saves and kept a total of 118 clean sheets.

Dalglish added: "Individuals rightly receive praise on occasion but the most important thing for us is that they are in it collectively. That's the reason why they have been successful. It's a good recipe."