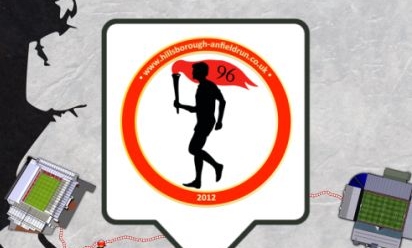 Kop 5 videos of the week

Dedicated Reds fans are preparing to run from Sheffield to Liverpool in memory of the 96 supporters who lost their lives at the Hillsborough disaster in 1989.

The six men will set off from Hillsborough Stadium and head for Anfield, covering 76 miles in three days, to raise money for groups close to the tragedy.

The aim is to arrive at Anfield just in time for Liverpool's home match with Fulham on Saturday, April 14, the day before the 23rd anniversary of the disaster.

Dom Williams came up with the idea after a visit to the Liverpool Football Club museum, where he saw the Hillsborough mosaic.

He said: "When I first thought of the run, I couldn't believe it hadn't been done. So once I knew it hadn't been done, it was an easy decision to make to go ahead and do it. The Hillsborough tragedy had an effect on everybody here and we're hoping to raise a lot of money and awareness."

His team will include Amerjit Taggar, Chris Dale, Neil Mitchell, John Driscoll and Earle Jackson, who was present at Hillsborough on the day of the tragedy.

They will set-off from the stadium in Sheffield on April 12 and cover the 30 miles to Hyde on day one before embarking on another 30-mile stretch to Widnes the following morning.

The final push will be from Widnes to Anfield - a shorter journey of 16 miles - as the fundraisers aim to arrive in time for the Reds' 12.45pm kick-off.

Earle Jackson said: "People say we're mad running 76 miles, but you've got to do it to keep Hillsborough in the public awareness, especially with the files hopefully being released later on this year. Anything that can keep the public awareness going, we'll be happy to help out."

Liverpool legends such as Jamie Carragher, Ron Yeats, Ian Callaghan and Ian St. John have given their backing to the project.

Margaret Aspinall, HFSG chair, said: "I think it's fantastic what they're doing. 76 miles for 96 fans is absolutely amazing. You can't thank these people enough for keeping the profile of Hillsborough going."

Kenny Derbyshire, chairman of the HJC, said: "You've got to give credit to the people who are the organisers. It's a hard task for them and all you can do is wish them all the best for doing it and say thank you for doing it. Good luck to them."

So far Dom and his team have raised over £800. For more information and to donate, click here>>