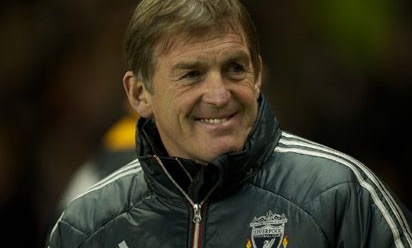 Kenny Dalglish believes the senior Liverpool players who starred for the reserves in a 4-0 win over Norwich City on Tuesday will reap the benefits of the run out.

The likes of Jonjo Shelvey, Sebastian Coates, Fabio Aurelio, Jon Flanagan and Brad Jones were named in a strong starting XI by Rodolfo Borrell and completed the 90 minutes at Melwood.

Dalglish was pleased with their attitude towards the contest and feels it will assist in keeping them in good condition as the Reds gear up for a busy month.

"It was a useful exercise," said the boss.

"It was important for the likes of Fabio, Jonjo, Flanno and Seb to get a run out, certainly better than training.

"Their attitude was right and they applied themselves in the right manner. You've got to be fair to everyone and get them as fit as you can."

The performance of Jack Robinson was also cause for delight for Dalglish.

The left-back made his first appearance in more than three months following injury with an impressive 60-minute display.

"It was Robbo's first game for a long time and it was good to see him back," added Dalglish.

"He's been out for a while but he got an hour under his belt and will really benefit from that."

Meanwhile, Dalglish admits he wasn't surprised by the excellent performance of Glen Johnson against Tottenham on Monday night - despite the No.2 playing at left-back.

"Glen was excellent but that wasn't a surprise ," Dalglish said.

"It wasn't the first time Glen has played there and he has proved before he's more than capable of playing on the left."