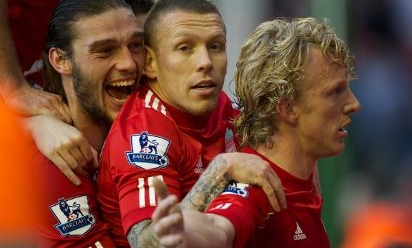 Dirk Kuyt's dramatic winner against Manchester United in the FA Cup has been voted Liverpool's best goal during January in a poll of fans on this website.

The Dutch international's Kop end strike picked up 38 per cent of the total votes cast to finish ahead of Craig Bellamy's Carling Cup semi-final effort against Manchester City.