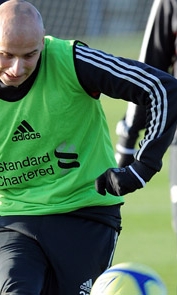 Picture of a proud young Red

Jonjo Shelvey admits Steven Gerrard broke his heart with two FA Cup final goals against West Ham - but now the 19-year-old is hoping to emulate the skipper by helping Liverpool lift the most famous domestic cup trophy in world football.

Shelvey scored his first professional goal in the FA Cup but his abiding memory of the competition is watching Gerrard's colossal performance against his boyhood club at Cardiff's Millennium Stadium in 2006.

He told Liverpoolfc.tv: "I scored my first goal in the FA Cup - for Charlton against Norwich. Apart from that, the biggest memory, even though I'm a West Ham fan, is of watching Steven Gerrard score two in the final against us. It was heartbreaking.

"It'd be an honour to help Liverpool go all the way, and we've obviously got the Carling Cup as well. We could get into the final of that too - what a thing at 19-years-old to be playing at Wembley."

The young midfielder - back from a loan spell at Blackpool - is hopeful of getting a chance to shine in cup competitions and thinks tonight's clash with Oldham Athletic could be his opportunity to earn a regular starting berth.

"Hopefully I can get a shout because the FA Cup would be a chance to show the manager," he said.

"You've got to leave the impression in Kenny's mind that you're ready to play. There is obviously pressure on you but that's part of being a footballer.

"Hopefully me and a few other of the younger boys can get a chance to show Kenny what we can do."

Having scored six goals in 10 appearances for Blackpool, Shelvey was handed a first Barclays Premier League start by Kenny Dalglish in the 2-0 win at Aston Villa.

"I was a bit surprised," he admitted. "The manager was going through the team and said my name, and I was a bit like, 'Did he just say my name?' It was good of him to give me a first Premier League start and hopefully I repaid him with my performance.

"My shooting was not all there on the day - hopefully it'll be better if I get another chance in future.

"I just want to play more and more games. It's great to come on as a sub to play for Liverpool Football Club but to get more and more starts is what I want to do.

"Training is where I've got to impress."

Shelvey returned to Liverpool after Lucas Leiva was sidelined for the rest of 2011-12 with a knee injury - but Dalglish hasn't ruled out another loan move for the former Charlton midfielder in future.

If Shelvey was to leave Merseyside on a temporary basis, he'd have to go a long way to work with a manager as colourful as Blackpool gaffer Ian Holloway.

The England U21 international admits it was an enjoyable experience.

"He's different, but he's a good manager," said Shelvey. "His style of management is a lot different to Kenny Dalglish but he was still very good. The players and everyone buzz off him.

"He rang me after the first game I played and told me he wouldn't let me shoot from 35 yards again. Luckily it went in.

"He's not only a manager - you can talk to him about different stuff. He's good to have around."