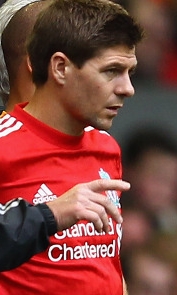 Got an iPhone? Get LFC Connect

Kenny Dalglish insists he won't rush Steven Gerrard back into his starting XI.

The skipper has made three substitute appearances since recovering from an ankle injury - taking his tally of league minutes played during 2011-12 to just 296.

His influence on the team was illustrated with a superb darting run and finish in the 3-1 win against Newcastle but Dalglish is resisting the temptation to rush the 31-year-old's reintroduction.

"Stevie is improving his level of fitness all the time but we have to be very careful as to how he prepares," said the boss.

"It would be wrong of us to be negligent and throw him in and undo all the good work he has done so far.

"We would love to have him back fit and well but we just have to be a bit patient."