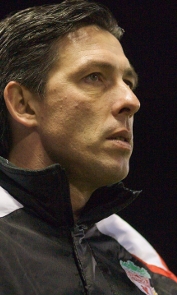 Liverpool Football Club have confirmed they will pay tribute to Gary Ablett ahead of Friday's FA Cup tie with Oldham Athletic at Anfield.

A minute's applause will be held prior to kick-off in memory of the former Reds defender, who sadly lost his 16-month battle with non-Hodgkin's lymphoma on Sunday evening.

During his Anfield playing career, Ablett made 147 appearances for the Reds, winning two league titles and an FA Cup.

He returned to the club in the summer of 2006 as reserve team coach and again enjoyed great success, leading them to an unprecedented treble of trophies in 2008.