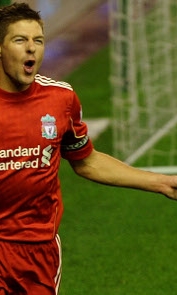 Steven Gerrard showed he is well and truly back in business by netting a superb goal in the 3-1 win over Newcastle United. Watch his best moments from the game now in our exclusive video on LFC TV Online.

The skipper has handed Kenny Dalglish the perfect New Year present by returning to action, so enjoy these exclusive videos right now on LFC TV Online.