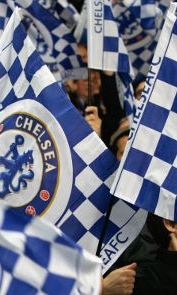 How are Chelsea fans feeling about our visit?

I'd say quite positive, although we're not exactly in the best form at the moment. Defensively we look frail and our strikers are not scoring as much as they should be, leaving us having to rely on Lampard and Sturridge.

It would be stupid to suggest that Fernando Torres has in any way lived up to his £50 million price tag or to the expectations that we had of him. At least he hasn't yet. He has shown moments where he has looked back to his best, but he has remained largely inconsistent. One game he'll look like the old Fernando and the next he'll look lethargic, slow and uninterested, which is extremely frustrating. It's clear that he is STILL settling in, although he is taking his time! We do, however, remain optimistic that he will get there. Hopefully a goal this weekend will help him along the way!

And how is Raul Meireles doing?

Meireles has slotted into our squad very nicely. He has been everything we have expected: an experienced, cultured player with great composure on the ball, passing ability, and a bullet of a shot. Not too sure about his haircut though.

Where can our fans get some food and a drink before the game?

For fans coming early, there's obviously a few restaurants in area. One I would recommend is Hache on the Fulham Road - it's a great burger restaurant and is reasonably priced. There are also some restaurants in the mall above Fulham Broadway Station. The pubs near the ground can be quite partisan, so the Slug and Lettuce (outside Fulham Broadway station) is probably best for away fans. Alternatively, The White Horse is a pretty big and comfortable pub with good food and is about 10 minutes from the ground, near Parsons Green station.

One song we're bound to hear?

Hopefully a rendition of 'Fernando Torres Chelsea's Number Nine' after he puts one away, and the usual stereotype-based songs which I'm sure your fans haven't heard before!

Best and worst thing about being a Chelsea fan?

Chelsea fans on the whole are some of the most devoted and loyal fans in the country, away trips are a great laugh and the feeling of camaraderie amongst the fans is brilliant. Unfortunately post-Abramovich it seems that a new breed of Chelsea fans have been born. The type who turn up, never sing and sit behind you loudly assessing the match as if they are Alan Hansen. When they usually haven't got a clue. They go to watch a performance rather than to support their team, and this I find extremely infuriating. Although they are still the minority and this problem isn't exclusive to Chelsea - it's apparent in every stadium across the country.

Who makes you tick these days?

Frank Lampard is still our main man, pure class and a real pro. He makes us tick; Juan Mata the magician makes us flow.

Liverpool players you're worried about?

If Gerrard is fit, he is still world class and has the ability to cause anyone problems. Obviously there is Luis Suarez. He's been fantastic since he's come to England, one of those players that you hate when you play against him, but you would always have in your team.

What would you be happy with?

A win but, most importantly after recent results, a sure defensive performance.