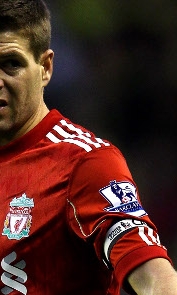 Kenny Dalglish is hopeful of having no new injury concerns when his players return from international duty today.

Despite Luis Suarez complaining of a minor back problem at the weekend, the boss is confident his Uruguayan goalscorer will return fit and ready for Chelsea on Sunday along with all our other international stars.

Speaking at his pre-match press conference, Dalglish also give a nod of appreciation to Suarez for scoring four goals in a World Cup qualifier versus Chile.

"It's great for Luis to get four goals - I wish it was for us rather than his country! Maybe he's kept some up his sleeve for us in the coming weeks.

"The lads won't be together until this afternoon but we've not had any news that's going to be disappointing to us."

Dalglish also provided an update on Scouse duo Jamie Carragher (calf) and Steven Gerrard (ankle), both of whom have been absent in recent weeks.

"Carra is training," said the manager. "He's got rid of his calf injury so he's fit and available for selection.

"Steven is progressing brilliantly. There is nothing that's been a disappointment other than he's not been available for selection. He'll be available as and when he's over what he's got but everything's going really well. We couldn't ask for more or any greater news from him."

Pressed on whether there was a date when the skipper could be back, Dalglish added: "No. When he's ready."