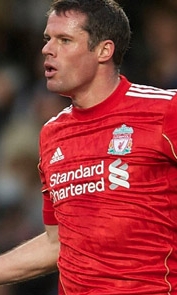 Steve Clarke insists there will be no special treatment for former striker Fernando Torres when Liverpool meet Chelsea on Sunday.

The Spaniard has shown signs this season of returning to the kind of form which made him a Kop favourite before his departure in January.

The Reds managed to keep him quiet during a 1-0 win at the Bridge in February thanks to a mature display from the visiting side.

Clarke wants more of the same this time.

"Fernando's record speaks for itself," the first-team coach told Liverpoolfc.tv. "He's a top goalscorer, a really good player. He's gone to Chelsea and maybe it hasn't worked out the way he hoped but when you watch the games his contribution is there to see.

"When you play in the top games against the top sides they've got players who are dangerous all over the pitch. To single out one player would be a little bit silly. You've got to concentrate on defending as a team and stopping all threats.

"The key to beating them is similar to when we did it last season. The players were really disciplined, they worked hard when they didn't have the ball, and they didn't panic when they came under a little bit of pressure.

"We passed the ball well, created decent chances and we were worthy winners."

Clarke will shake a familiar hand before kick-off - that of Chelsea boss Andre Villas-Boas.

The pair worked together for the Blues before the Portuguese made his name by leading Porto to a league title.

Some have labelled Chelsea's latest manager a Jose Mourinho clone due to his nationality, style and tender age relative to his managerial rivals - but Clarke thinks that is unfair.

"To be honest, there is only one Mourinho!" he said.

"Jose has his own way of working and Andre will have learned from him having worked with him and spent a lot of time in his company.

"But Andre has got his own style and he'll be his own man.

"In a very short space of time he's done a fantastic job at Porto, he's gone in at Chelsea, it's a difficult challenge for him, but I'm sure he's enjoying it.

"They're playing probably a little more openly than they have done in recent years, they're scoring a lot of goals and, unusually for a Chelsea team, they're conceding a few as well."

Clarke spent 15 years at Chelsea as both a player and coach, but while he still has friends in that part of London, he plays down the personal significance of Sunday's fixture.

"When you play against any of the top sides it's good to pit your wits against them, and obviously going to Stamford Bridge is a big test for us," he said.

"When you've been at a club the length of time I was there, there's always a number of people you still keep in touch with. It's nice to gather friends as you go around in football and I've still got a few really good friends there."