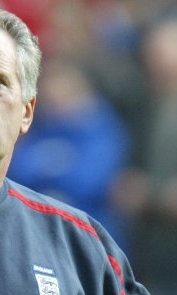 20 per cent off home kit

Liverpool FC would like to extend their best wishes to Ray Clemence following the news he has been admitted to hospital.

The FA confirmed the former Reds custodian was undergoing tests after feeling unwell on the Friday prior to England's 1-0 friendly win over Spain.

"Ray Clemence has been unwell while with England and is having tests in hospital," said an FA statement.

"At this time Ray would like to thank everyone for the kind messages he's received and the FA would like to request privacy for his family."

Clemence, who featured 665 times during an illustrious trophy-laden spell at Anfield, is unlikely to return to his role with England in time for Tuesday night's friendly with Sweden.

Everyone at Liverpool Football Club would like to wish Ray a speedy recovery.