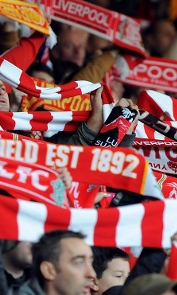 Lucas our most accurate passer

Brendan Rodgers has thanked Liverpool supporters for the 'class' they showed in applauding his Swansea side off the pitch on Saturday.

The Barclays Premier League new boys earned a 0-0 draw at Anfield with an impressive display of football.

At the end of the game they left the field to applause from both sets of supporters.

"Our idea was to frustrate the crowd. The Liverpool supporters know their football, and they know when a team can play, and they were very, very good.

"They were obviously frustrated with their own team at times but they showed a little moment of class at the end."

BR: We have to take our chances at Goodison