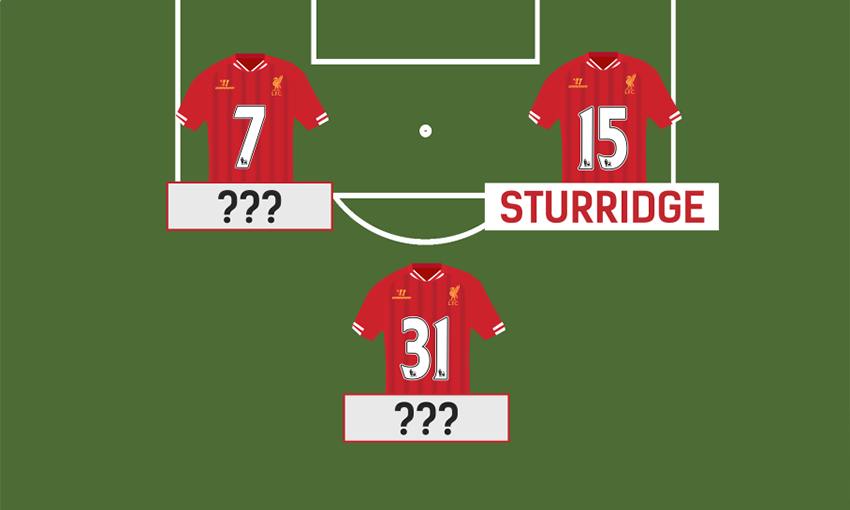 Daniel Sturridge scored two goals in three minutes as Liverpool beat Everton 4-0 at Anfield in 2014, but can recall the rest of the starting line-up from that January evening?

With the two clubs battling for a place in the Premier League top four, Steven Gerrard put Brendan Rodgers' Reds in the lead on 21 minutes before Sturridge's quickfire strikes made it 3-0 before half-time.

LFC's No.7 that night made sure of victory with the fourth goal, but who was he? And can you fill in the rest of the Missing Men below? 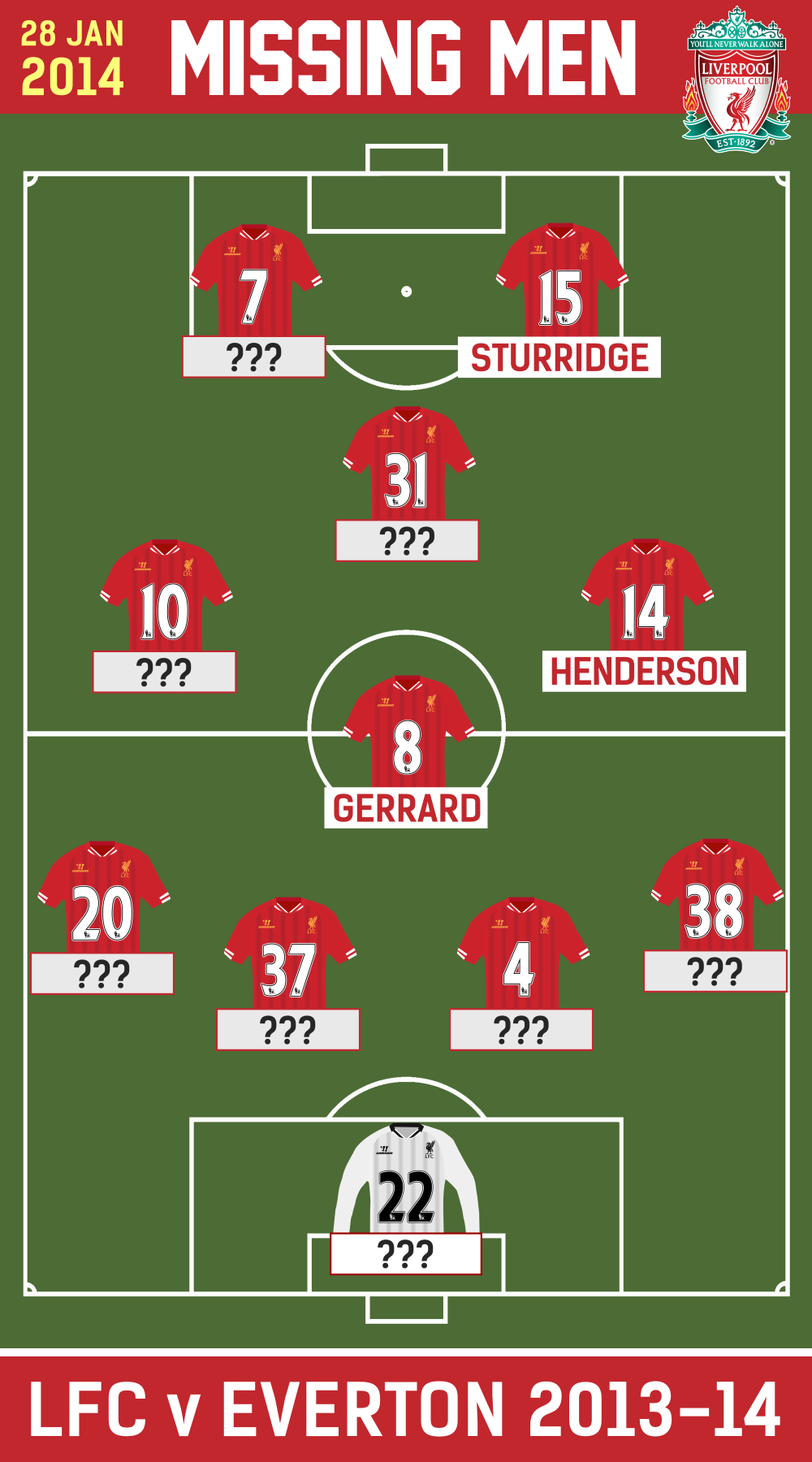