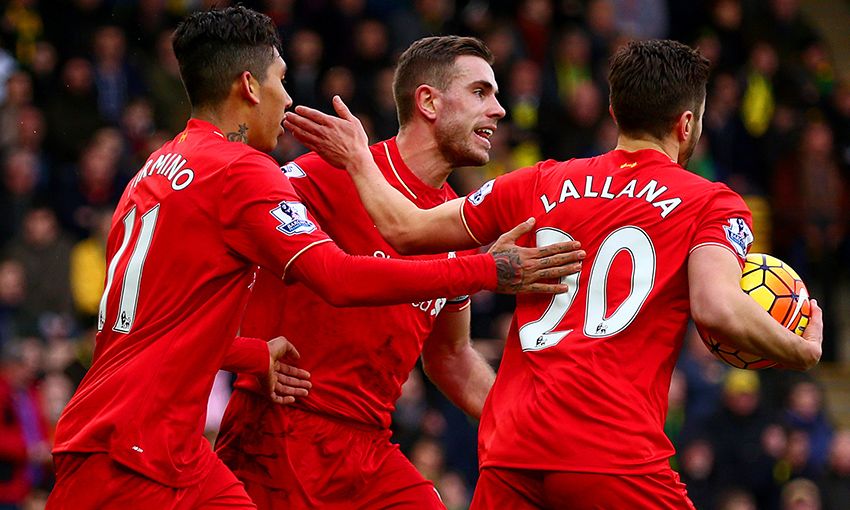 Adam Lallana scored a last-minute winner in a nine-goal thriller and Jürgen Klopp broke his glasses during the ensuing celebrations the last time Liverpool faced Norwich City in the Premier League.

The two sides will renew acquaintances on the opening day of the 2019-20 season when the newly-promoted Canaries travel to Anfield, but can you recall the starting XI from that 5-4 victory in January 2016?

Back then, Liverpool boss Klopp was just three months into his tenure having succeeded Brendan Rodgers in October and the Reds headed to Carrow Road chasing a European place.

Things looked good early on when Roberto Firmino put them ahead but a goal apiece from Norwich trio Dieumerci Mbokani, Steven Naismith and Wes Hoolahan saw the hosts take a 3-1 lead with 54 minutes on the clock.

The Canaries looked set for a first Premier League comeback win in their last 31 attempts but Liverpool captain Jordan Henderson halved the deficit just a minute later and sowed the seed of doubt in the opposition's mind.

Firmino, who had teed up his skipper with a header, then levelled the score at 3-3 with just over an hour gone when he controlled and finished a cross from second-half substitute Lallana to net his second goal of the game. 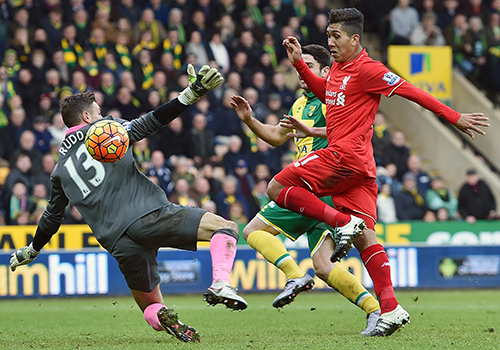 And James Milner put Liverpool ahead when he converted from a wayward back pass from Russell Martin, but with three points looking virtually secured, Sebastien Bassong thundered in a low shot two minutes into added time to earn a share of the spoils.

Or so it appeared.

There was to be another twist.

On-loan centre-back Steven Caulker was thrown on up front and when one of his efforts on goal was only half-cleared, Lallana was on hand to fire the bouncing ball into the net for a 95th-minute winner.

Klopp broke his glasses in the touchline celebrations that followed the dramatic finale but was in fine fettle when he told reporters: "I have a second pair of glasses but I can't find them. It's really difficult looking for glasses without glasses."

The substitutes combined to snatch victory at Carrow Road, but can you recall the starting XI from that day? Can you fill in the Missing Men below? 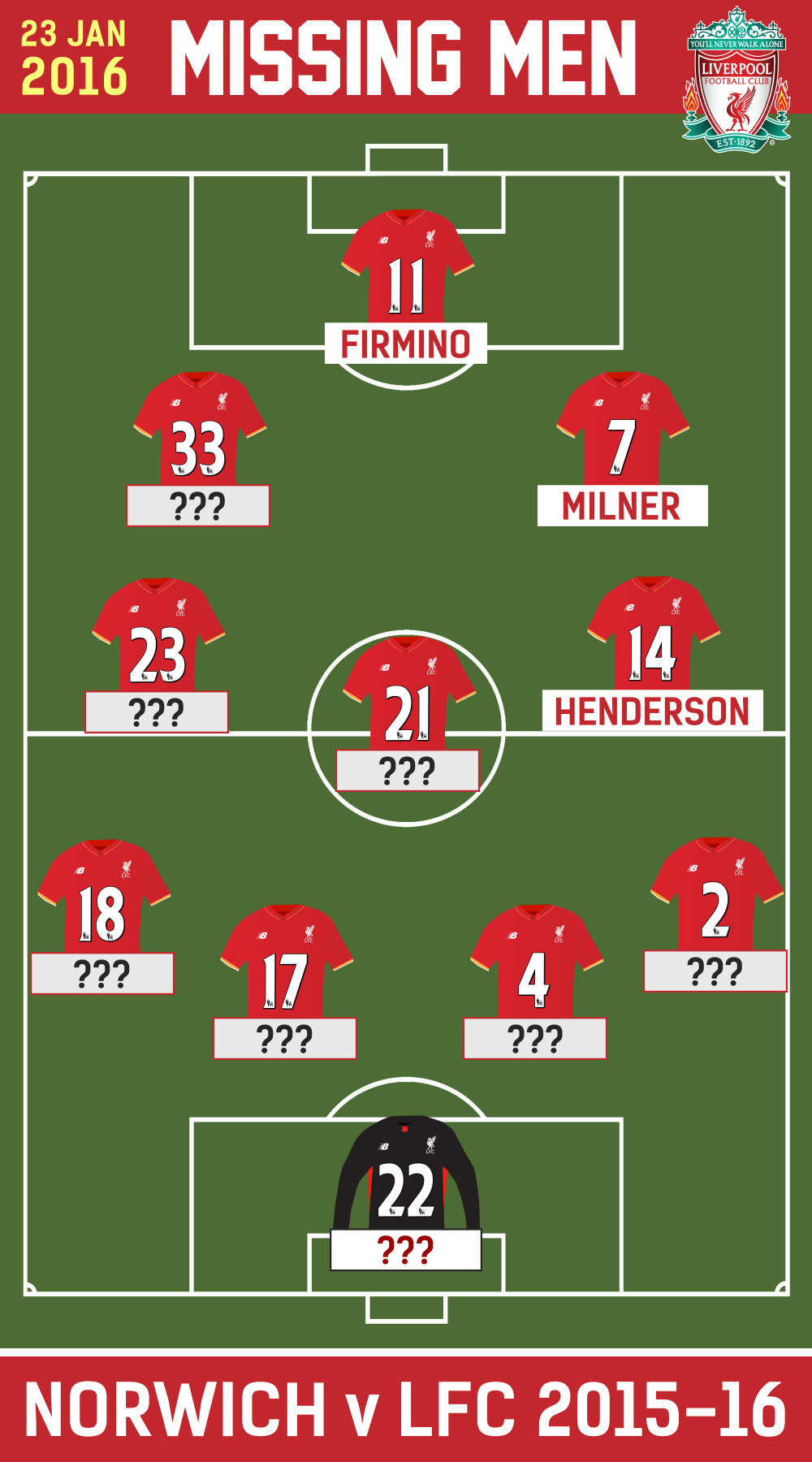