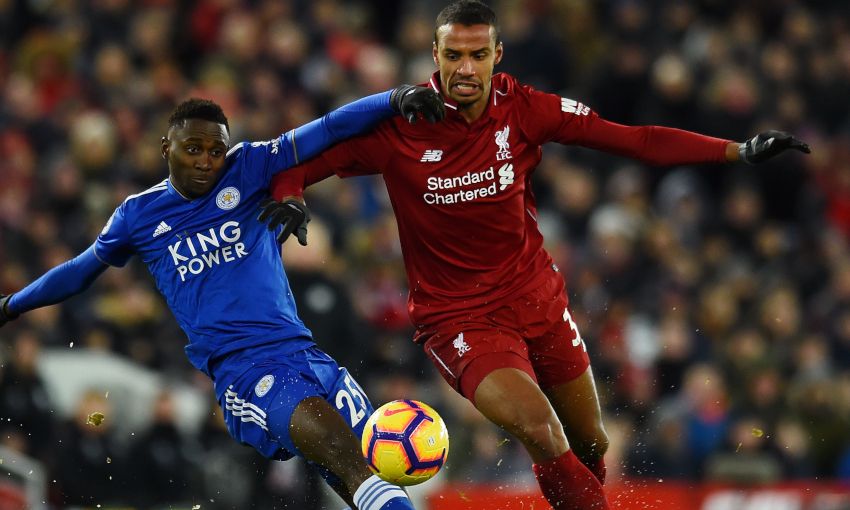 The view from Leicester: 'Puel relishes a tactical battle'

Sadio Mane was on the mark as Liverpool had to settle for a point after a 1-1 Anfield draw with Leicester City on Wednesday night.

The draw meant the Reds extended their lead at the top of the Premier League to five points.

An air of frustration briefly hung over Anfield at the final whistle as the Reds stumbled on home turf for the first time since October. This was a glaring missed opportunity to move even closer to the Holy Grail. However, the mood was swiftly lifted by the defiant chants of 'Liverpool' from the Kop. It was a timely intervention. There is no room for negativity or self-doubt in this title race. This run-in was never going to be for the faint-hearted. There will be twists and turns - players and fans alike need to keep their nerve. The reality is that the Reds' grip on top spot has only been strengthened over the course of this week.Yes, they didn't cash in on Manchester City's shock defeat to Newcastle but the gap has still widened. Five points clear with 14 games to go is a position of immense strength. This title charge remains on track.

It all looked so rosy for the Reds when Sadio Mane fired them ahead after just two minutes, but like City the night before, they were unable to turn a fast start into a comfortable evening. Kasper Schmeichel was underworked, though the home side are entitled to ask why referee Martin Atkinson failed to award a penalty when Pereira clipped Keita in the box. Welcome to a title race, you could say. Liverpool have been close to perfect in the league so far, but exceptional levels are difficult to sustain. City, let off the hook after their aberration on Tyneside, can ramp up the pressure by beating Arsenal before Klopp takes his team to West Ham on Monday night. The upshot, of course, is that as disappointing as it felt, Liverpool still extended their advantage in the title race. They drew and City lost. They still hold all the cards, though recent games suggest we are in for more nervy afternoons and evenings between now and May.

It feels harsh to say that at the start of the season Liverpool would have won that courtesy of a clean sheet - but that doesn’t make it any less true. The Reds seem to have lost a degree of the defensive steel that marked their start to the campaign in recent weeks and they need to find it again quickly if they are to keep things on track. Perhaps injuries to Trent Alexander-Arnold and Joe Gomez are starting to tell on the defence, but the former is not guaranteed to return at West Ham while the latter is definitely out. Liverpool must find solutions to their - admittedly minor - defensive slip before they head to the capital on Monday.

There is no drama, no panic in these parts - after all, the lead has gone up to a healthy five points going into February. But a fraught, nervy night was surely a taster of things to come over the next three and a half months. Still, Klopp’s team have crept clearer … but mainly thanks to Rafa Benitez. Nervy times lie ahead.