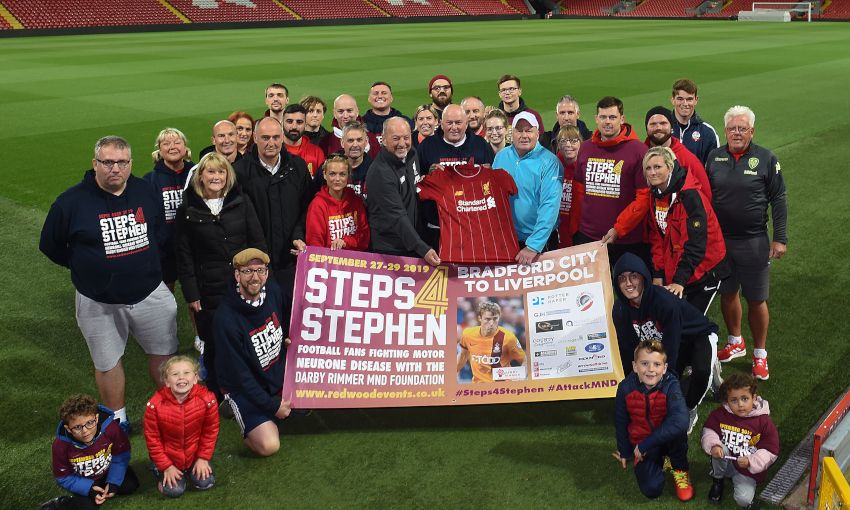 The final stage of the Steps 4 Stephen charity walk arrived at Anfield on Sunday night as participants continued to raise funds and awareness for the Darby Rimmer MND Foundation.

It originally began in Bradford and arrived in Liverpool via Bolton Wanderers and 15 other grounds over the course of the weekend, with the target of raising more than £20,000 for the foundation set up by Darby and close friend Chris Rimmer.

Darby, who made six first-team appearances for the Reds before departing in 2012 to join Bradford City, was diagnosed with motor neurone disease last year and forced to retire from football.

See how the charity walk came to a conclusion in our video below now.