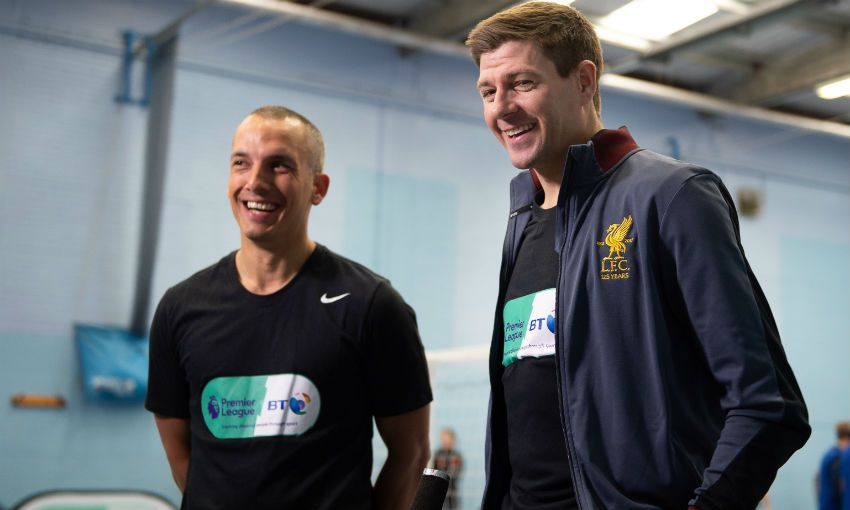 Participants from the LFC Foundation joined club legend Steven Gerrard, Leon Osman and participants from Everton in the Community in a competitive game of blind football at Anfield Sports and Community Centre.

The match and training session which preceded it is captured in the latest BT Sport film for the Premier League and BT Disability Initiative: 'Gerrard and Osman’s Merseyside Derby.'

The short film highlights the inclusive work being delivered as part of the Premier League and BT Disability Initiative.

Gerrard and Osman start the blind football session by learning the basics before taking part in small-sides games, highlighting the collaborative work of the LFC Foundation and Everton in the Community, who facilitate a weekly disability session at the Anfield Sports Community Centre.

The session, which is jointly run, receives funding from the Premier League and BT disability initiative.

The film premieres on Saturday May 5 at 11:45am BST on BT Sport 1 and highlights how the programme has positively impacted those with visual impairments in the Merseyside area.