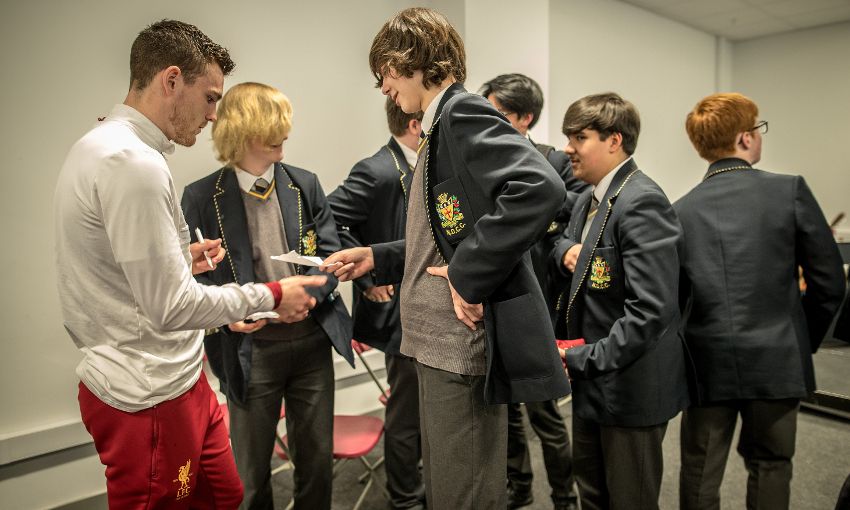 Liverpool defender Andy Robertson met with youngsters at an Anfield school on Tuesday to hand out tickets for an upcoming game.

Through the club’s Red Neighbours programme, the Scot visited Notre Dame Catholic College – a stone’s throw from the stadium – to present pupils with free tickets to next month’s Premier League clash with Stoke City.

Robertson also answered questions from 30 students in Year 10, talking about his own time at school, his footballing journey and his experience of Liverpool so far, before taking pictures with the young fans and signing a Reds shirt for the school to raffle in aid of local charitable organisations. 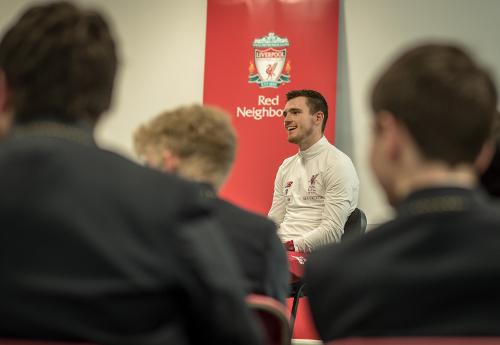 As part of Red Neighbours’ focus on creating memorable experiences for young people, more than 1,000 free tickets will be donated to local schools during the 2017-18 campaign.

Fifty-five tickets are provided for each home game, with 21 primary and four high schools in the L4, L5 and L6 postcodes benefiting across the season.