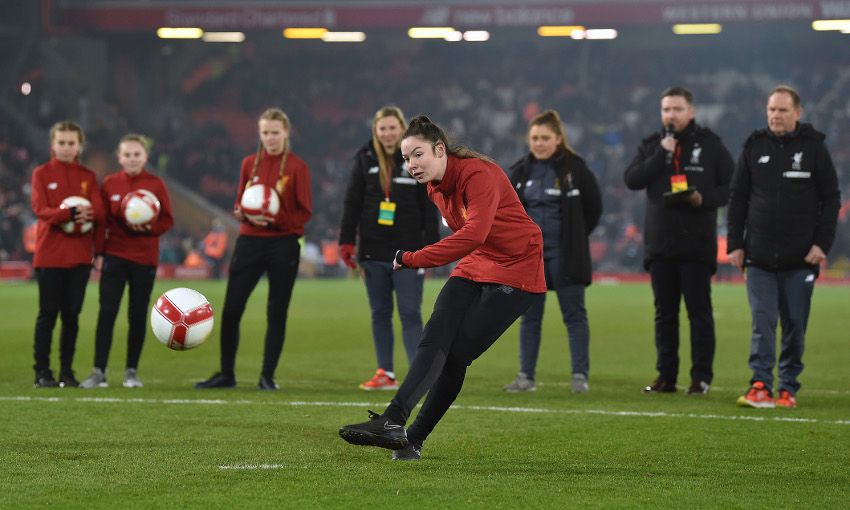 International Women's Day is a global event that celebrates women's achievements – from the political to the social – while calling for gender equality.

At half-time of the Reds' clash with the Magpies, Liverpool Ladies goalkeeper Becky Flaherty faced penalties from four participants from the LFC Foundation's weekly coaching events, which have seen more than 1,000 girls engage with the game.

Following the penalty shootout, Standard Chartered invited each of the participants to their VIP box in the Main Stand for the upcoming Liverpool FC Legends fixture against Bayern Munich later this month.

On the experience of facing penalties at the Kop end, Flaherty said: "It was an unbelievable experience to walk out at Anfield and face penalties from some inspiring girls from the LFC Foundation's Kicks programme. It was a fantastic occasion and one that will live long in the memory." 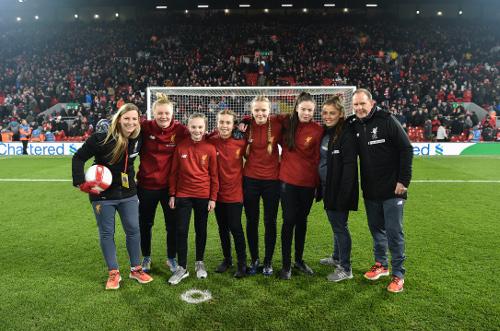