Liverpool FC's Red Neighbours team visited a local school on Thursday to lend a hand with its special birthday celebrations.

New Park Primary School in Kensington held ‘The Great New Park Bake Off’ during a second birthday party – and the Red Neighbours team were invited as guest judges.

“We’ve worked with the Red Neighbours team throughout this past season and we’re looking forward to developing our relationship in the future.

“We’re delighted they could join us for our birthday celebrations and take part in the bake-off judging panel.”

All funds raised from the bake-off – and an LFC-themed raffle – were donated to Alder Hey Children’s Hospital. 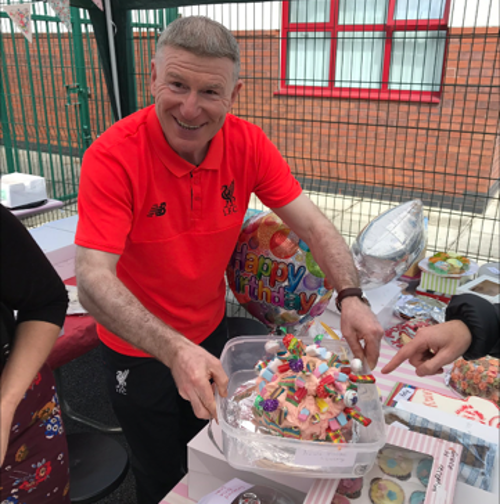 Hospice receives a visit from the Premier League trophy