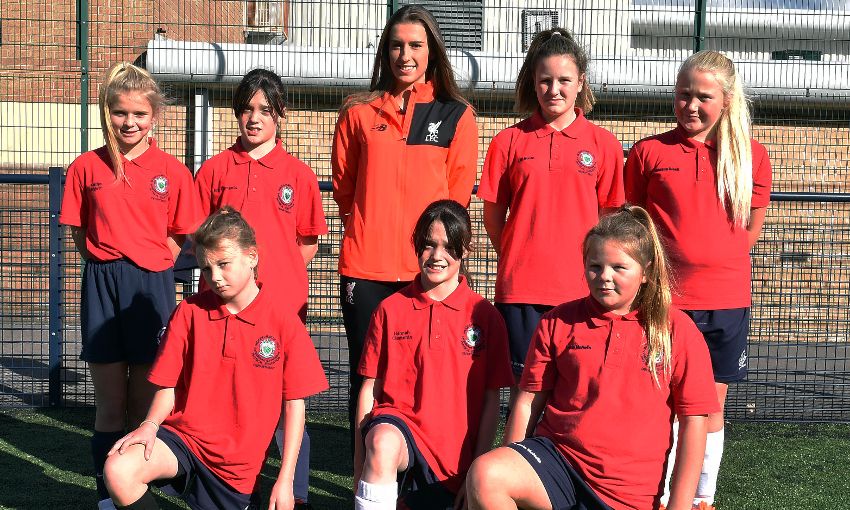 The club’s official charity last week helped to promote the initiative, which focused on encouraging further education institutions to put on football sessions for girls.

A number of the youngsters involved in the Girls’ Football Week were also invited to the Reds’ final FA Women’s Super League match of the season - the clash with Arsenal Ladies on Sunday November 6.

Clubs, community groups, wider educational establishments and other organisations were also encouraged to run female-specific sessions during the week in order to promote the women’s game.

The LFC Foundation then went along to Runcorn Linnets on Wednesday and Reds defender Beckwith visited Holly Lodge School on Thursday in Liverpool.

The Reds’ official charity also stopped off at The Heath High School in Runcorn on Friday to work alongside a number of cluster primary schools.

Head of the LFC Foundation, Andrea Cooper, said: “The women and girls programme is an outstanding programme which has brilliantly supported this week’s Girls’ Football Week. The LFC Foundation has coached to over 1,000 young females this week, which shows the huge interest of young girls playing football throughout the country.”