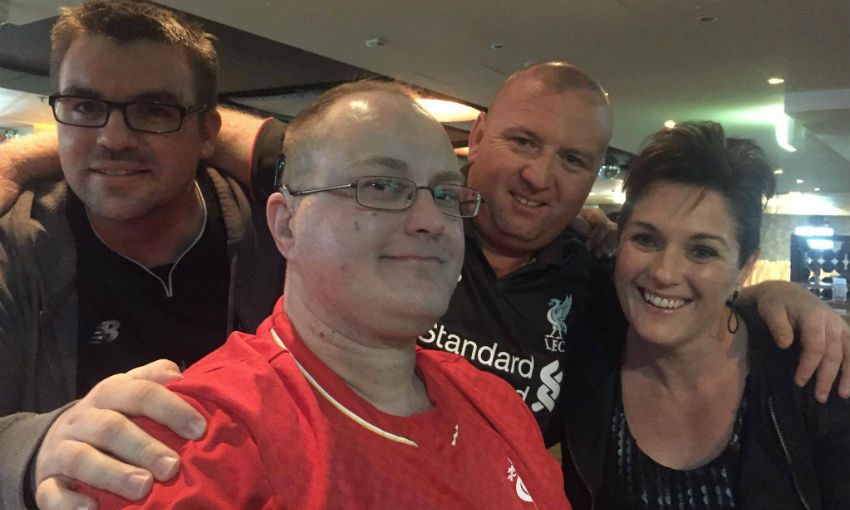 Liverpool’s draw with Tottenham Hotspur before the international break was an emotional affair for all involved with the Reds’ Queensland Supporters Club - but not due to events on the pitch.

Sam Hansen, a lifelong Liverpool fan and member of the supporters club, grew up watching and idolising the likes of Craig Johnston, Ian Rush and Steven Gerrard from the age of six.

However, before the game at White Hart Lane, Sam had never heard the famous strains of ‘You’ll Never Walk Alone’.

Sam is deaf and, in July this year, had a cochlear implant fitted. He attended the Reds’ pre-season tour match against Brisbane Roar 12 months previously - an experience he describes as ‘very special’ and ‘surreal’.

But it wasn’t until the Queensland Supporters Club gathered to watch the Spurs match that Sam was able to experience YNWA in song.

The moment left many in tears, and sent a chill down Sam’s spine.