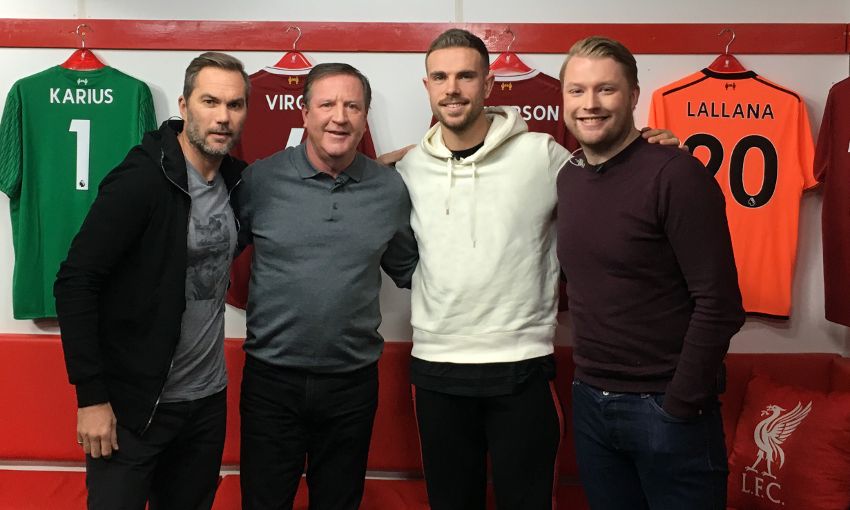 Liverpool captain Jordan Henderson is the special guest on the new episode of LFC Later.

The midfielder joins Rob Jones and Jason McAteer in the studio to discuss a range of subjects alongside a predecessor in the Reds team, Ronnie Whelan.

Henderson and co chat about the upcoming Premier League clashes with Newcastle United and Manchester United, the exploits of Mohamed Salah and how it feels to be the club’s skipper.

The No.14 also answers a number of ‘hard-hitting’ questions from a Liverpool and England teammate: Alex Oxlade-Chamberlain.

Watch the show on LFCTV at 9pm GMT on Thursday and throughout Friday, or on demand on LFCTV GO.