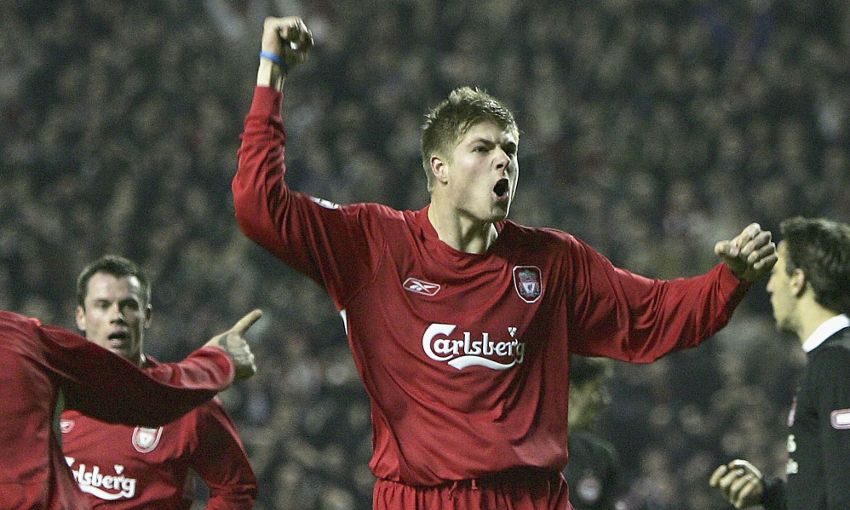 Neil Mellor has an unusual memento from the 2005 Champions League final in Istanbul: an AC Milan runners-up medal.

The former Liverpool striker was not part of the match squad for the European showpiece a dozen years ago but was inside the Ataturk Stadium to witness the Reds’ unthinkable comeback to lift the trophy after a penalty shootout.

Mellor, who played a crucial role in the 3-1 group-stage victory over Olympiacos that helped to kick-start Rafael Benitez’s side’s run to the final, therefore missed out on a winner’s medal.

But, with the help of Fernando Morientes and Mauricio Pellegrino, the Englishman did collect a consolation to treasure – in the form of a runner-up prize discarded by a member of the Italian team.

“The Champions League final in Istanbul – 18, the starting XI and seven subs, flew the day before,” he explained on this week’s episode of LFC Later.

“Everyone else in the squad who wasn’t involved, whether you weren’t picked or you were injured – I was injured at the time – flew the day of the game.

“We flew out there, got to the game and at half-time everyone was thinking ‘What’s going on?’ At full-time, we win the game, the best European Cup final ever.

“We get on the pitch after blagging a steward, Morientes blags a steward – that’s another story. AC Milan get presented their medals and then it’s time for the Liverpool players, so we’re just hovering by the podium.

“The Liverpool players all get their medals and go and stand on the podium by the cup, then Stevie does. And as Stevie is about to go on the podium, for whatever reason we could go and join them.

“Pellegrino, who is now the Southampton manager, led the way and said ‘Look, there are five AC Milan medals here, anyone want one?’

“I was behind him and said ‘I’ll have one of them, no problem!’ So Maldini and Shevchenko had left their medals behind. We went on the podium and celebrated away.”

Get your special signed Istanbul shirt from the 23 Foundation

Get 'One Night in Istanbul' on DVD now