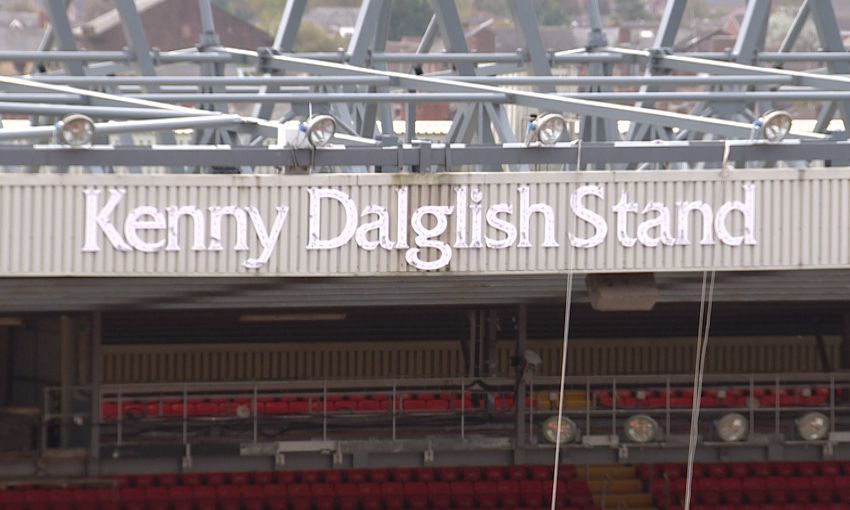 Liverpool FC will mark the official unveiling of the Kenny Dalglish Stand to fans at the Premier League match against Manchester United next Saturday, with a host of celebratory activity planned.

Earlier this year, the club announced that Anfield’s Centenary Stand would be renamed the Kenny Dalglish Stand in honour of the Scot’s immeasurable contribution to the Reds, both on and off the field.

Work on branding the Kenny Dalglish Stand is well under way, with the installation of illuminated signage and exterior graphics to the front and inside of the stand beginning this week, set for completion ahead of the official fan unveiling at the clash with United.

To celebrate the occasion, a special mosaic will be revealed across the Kenny Dalglish Stand and the Kop ahead of kick-off and the matchday programme will feature a cover dedicated to the Liverpool legend.