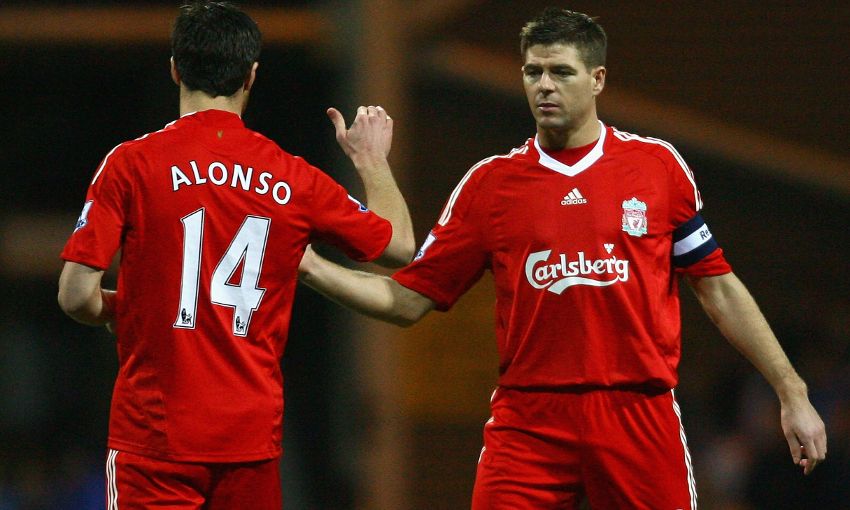 'Not just a normal player… an inspiration… a legend.'

Xabi Alonso’s respect and appreciation for Steven Gerrard has always been obvious, and the former Liverpool midfielder has again hailed his old teammate following the confirmation of his retirement earlier this week.

The man who captained the Reds for 12 years, played 710 games and scored 186 goals called time on his career on Thursday morning, prompting reaction from around the football world.

Alonso, who tweeted ‘The Legend Forever’ immediately after the news broke, has added his voice to the chorus of tributes by trying to encapsulate what Gerrard achieved.

“He has left a legacy and the memories we have of Stevie,” the Spaniard said.

“He was not just a normal player. For the club, for the city, he was Liverpool – 100 per cent. It is the end of one period but I’m sure in the future another period will be starting for him.

“He was an inspiration. On the pitch, he was a legend but he was so humble.

“The way he behaved with everyone was the way as you want to respect someone. He was a real friend, someone you could rely on, on and off the pitch.”