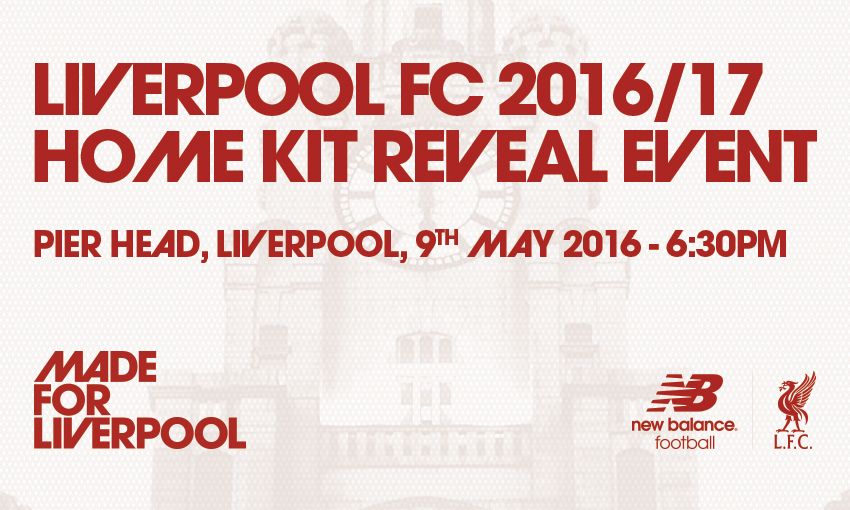 #LFCWORLD: Heart as big as Liverpool

Four Liverpool stars will reveal the team's 2016-17 New Balance home kit at a special event on Monday May 9 – and fans have the chance to be there too.

Reds captain Jordan Henderson will be joined by Philippe Coutinho, Simon Mignolet and Jon Flanagan at the Pier Head as next season’s strip is shown for the first time.

The event, hosted by New Balance and staged in front of the iconic Liver Building and Liverpool’s famous waterfront, will be broadcast around the world via a live stream and feature guest appearances by Robbie Fowler and Jason McAteer.

Entry for supporters wishing to attend is strictly by wristband only and these can be collected for free at any official club store in Liverpool, Birkenhead or Chester.

Please note that demand is expected to be extremely high and capacity is limited, so do not delay in collecting your wristband to avoid disappointment.

The 2016-17 home kit will be available to purchase immediately at the event and wristband holders can redeem free name and number printing by taking their strip to any Liverpool FC store before midnight on Thursday May 12.

If you are watching via the live stream, head to the official online store from 7pm to secure your shirt, shorts and socks for the next campaign.