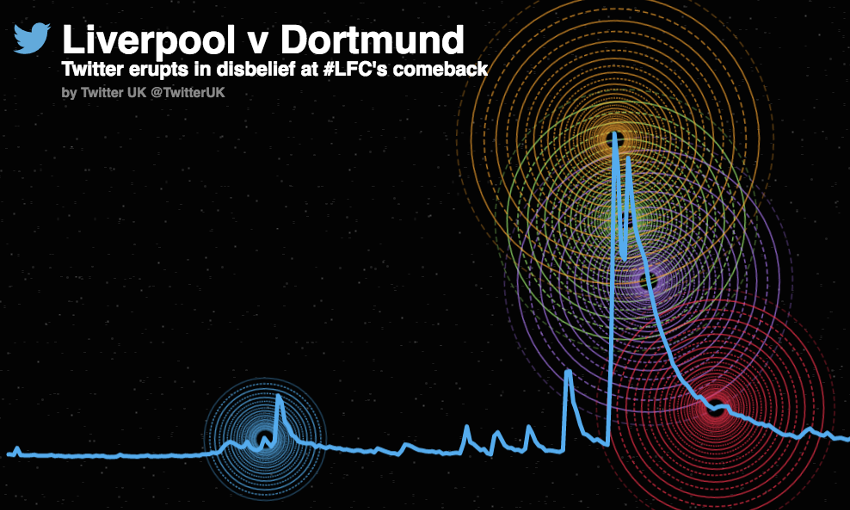 It has been revealed that Liverpool's dramatic 4-3 win against Borussia Dortmund on Thursday night was the most-Tweeted about event in the United Kingdom so far this year.

According to data provided by Twitter, the moment the full-time whistle sounded reached a peak of 56,000 Tweets per minute.

The time around Dejan Lovren's winning goal also peaked at 53,000 Tweets each minute, which means the Reds now account for two of the three most-Tweeted about moments in the UK in 2016.

The match saw more than two million Tweets being posted, with the Europa League clash trending top in both the UK and worldwide.