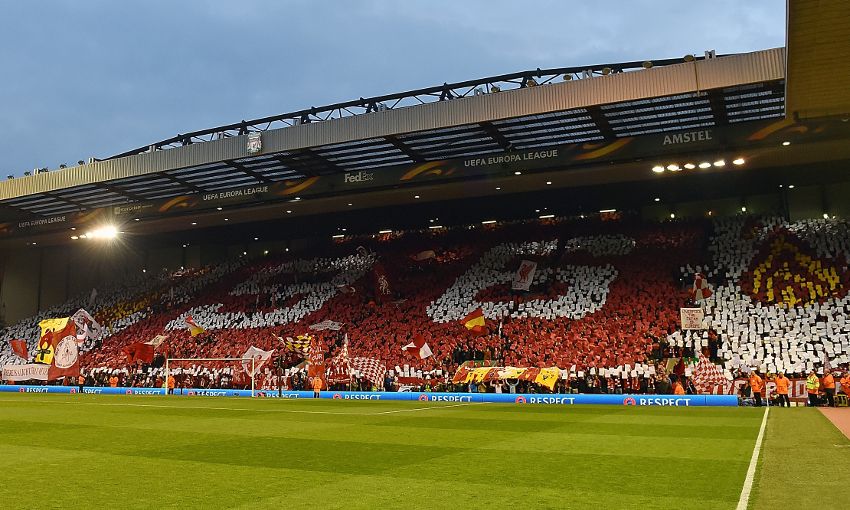 Both Liverpool and Borussia Dortmund fans marked Friday's 27th anniversary of the Hillsborough disaster with special mosaic tributes at Anfield on Thursday night.

Before the Europa League fixture got underway, the entire Kop held aloft red and white cards to transform the stand into a ‘96’ symbol in remembrance of those who lost their lives on April 15, 1989.

In the away section of the Anfield Road end, the visiting supporters from Dortmund formed the same mosaic but in the black and yellow colours of their team.

Browse through the gallery below to see pictures of both tributes.