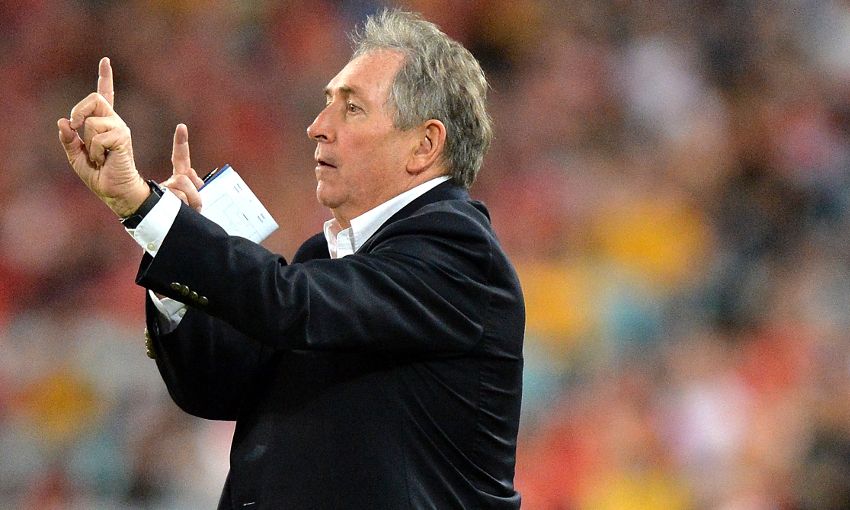 An emotional Liverpool Legends manager Gerard Houllier admits that he found it hard to hold back the tears as the club’s famous anthem was blasted out by the Australian Reds in the ANZ Stadium.

The Frenchman led his side - featuring the likes of Steven Gerrard and Jamie Carragher -  to a 4-0 win over an Australian Legends XI in Sydney thanks a brace by Luis Garcia, one from Ian Rush and a late goal by John Aldridge.

The man who guided Liverpool to a famous treble in 2001, admitted he was amazed by the support within the stadium on the night and compared it to his former workplace.

“Anfield is special but today here was a bit special,” he told Liverpoolfc.com. “Not only for the fans but for the team.

“You see the stadium was all in red and that we were playing at home. When You'll Never Walk Alone came on at the beginning of the game, I felt a bit emotional because it felt like Anfield here.”

Houllier was full of praise for this side as they rolled back the years pulling on the red shirt once again.

He added: “I'm not the one to congratulate, it's the players.

"We had 18 players, everybody contributed and took part. It was a wonderful performance. Not only we won, but we won in style.

“I enjoyed it very much. I was also happier that Rushie and Aldridge scored one each! When you see the reaction of the boys when they scored, it was fantastic.

“I asked them to be focused and also do the right thing for the team. I said we would leave the pitch with pride and probably happiness. Today we were top professionals, they showed why they won so many trophies for the club.”

It was the first time the boss had managed the Legends side, giving him a 100 per cent winning record, and he was in no doubts regarding his job future.

“That means I won't get the sack tomorrow! Maybe it was the right time for me to come,” the 68-year-old joked.

Gerrard on Bayern match and reunions with Xabi and Dirk

Inside Anfield: Go behind the scenes of Legends clash