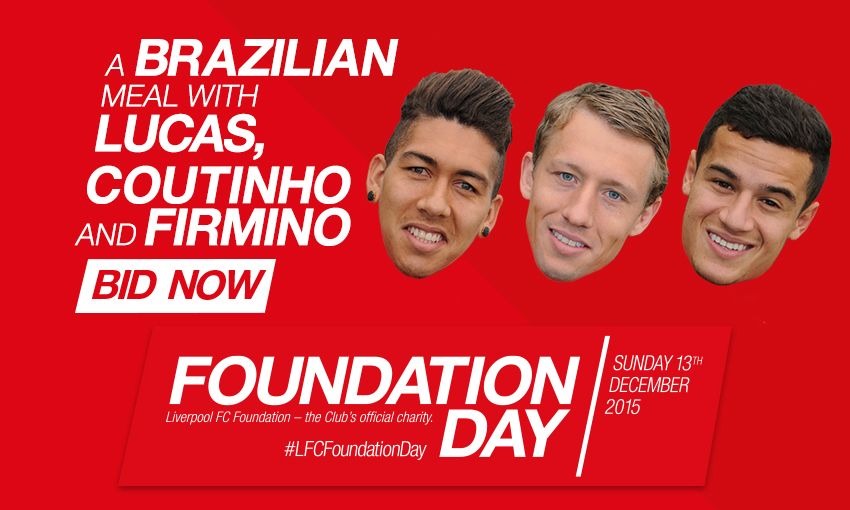 There are just hours remaining to bid on a range of once-in-a-lifetime opportunities with Liverpool's first-team stars and raise important funds for the Liverpool FC Foundation.

A number of initiatives and activities took place around the stadium and in the local community to help raise money to support the programmes overseen by the foundation.

And to celebrate the launch of the first-ever Foundation Day, some incredible prizes have been made available to bid on via an online auction hosted by charitystars.com.

They include: a Brazilian meal with Philippe Coutinho, Roberto Firmino and Lucas Leiva; a round of golf with James Milner; the ultimate gaming challenge with Christian Benteke and Divock Origi; watching a match in Jordan Henderson and Adam Lallana’s private box; and many more – all listed in our gallery below.

Click here to bid now, before the deadline of 8pm GMT.

'Kuyt was running the whole game!'

Don't miss your chance to own a piece of LFC history