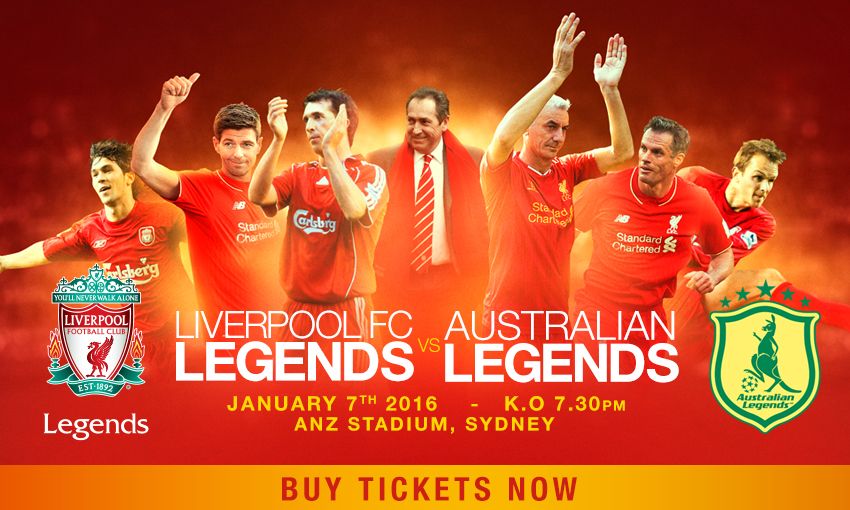 The Liverpool FC Legends have confirmed their squad for the hotly-anticipated meeting with an Australian Legends XI in Sydney - and you can get your hands on tickets now!

Gerard Houllier will return to the dugout to manage a decorated line-up of former stars, as they face a collection of Australia's greatest footballers at ANZ Stadium on January 7.

And the Frenchman will now have illustrious names such as Bruce Grobbelaar, Luis Garcia and club ambassador Robbie Fowler to pick from after they were confirmed as part of the squad.

Click here to get your tickets for the clash now and see below for the full squad.