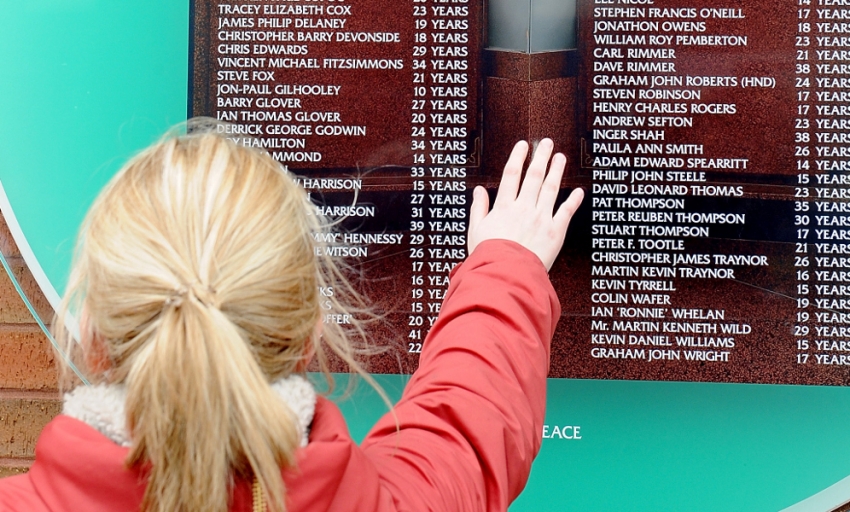 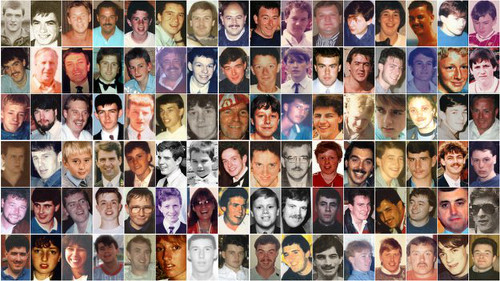 Courtesy of the BBC - September 8

A fatally injured Liverpool fan was "left on his own" on the pitch during the Hillsborough disaster, according to a police officer who tried to help him.

The 20-year-old from Speke was one of 96 fans who died after a crush on the terraces at the 1989 FA Cup semi-final.

The jury at the new inquests into the tragedy heard evidence about the landscape gardener's final movements.

Mr Copoc, who was engaged to be married, worked in Calderstones Park, Liverpool and was said to have had an encyclopaedic knowledge of football.

In a statement written in 1989, Mr Crookes described treating a casualty on the pitch, believed to have been Mr Copoc.

He and another officer gave him mouth-to-mouth and chest compressions.

He said they "went at it hell for leather" but eventually realised their efforts were "futile".

Mr Crookes said: "When I first saw him, he was just left on his own and it just didn't seem right that there was a young lad with nobody looking after him."

He said they put him in the recovery position "out of dignity".

Mr Smith said they headed for a tunnel which led into the central enclosures on the terraces.

But, following a surge, he said they had "no choice" but to go on to the terrace and ended up in pen three.

"Because Stephen and Tony were taller than me, they noticed pen four was quite empty and said 'make your way towards pen four' and that's when the next sudden surge came and then I just didn't see them again," he said.

Mr Smith passed out in the crush and was later treated in hospital.

Part of a statement written by Mr Burrows said the pen was "absolutely chocker full to the brim and the pressure was intense from all sides".

The inquests, in Warrington, Cheshire, are due to resume on Wednesday.