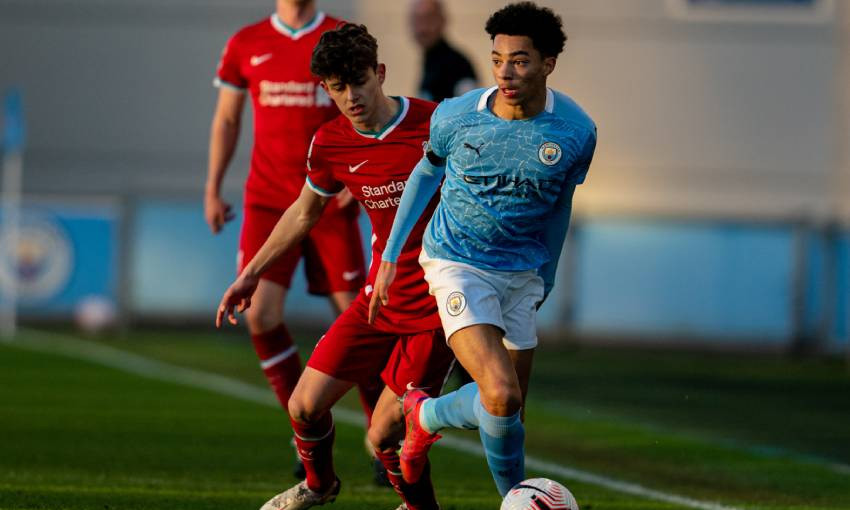 Liverpool U23s suffered a cruel 3-2 defeat away at Manchester City in Premier League 2 on Friday evening.

Joe Hardy broke the deadlock in the contest after 16 minutes before the league leaders responded through Alexander Robertson and Cole Palmer to take the lead.

Hardy's second of the game – moments after the restart following good work by Ben Woodburn – drew the Reds level.

However, despite the best efforts of goalkeeper Jakub Ojrzynski throughout the second half, Felix Nmecha netted in the final minute of the 90 to give the hosts a late victory.

Though it was a rather uneventful opening quarter of an hour, Liverpool started well and were the more threatening side.

They deservedly went ahead courtesy of a neat one-two between the goalscorer Hardy and Tyler Morton.

After Hardy did well to hold up possession, Morton threaded a through ball perfectly for his striker, who dispatched a calm finish beyond Cieran Slicker from inside the area. 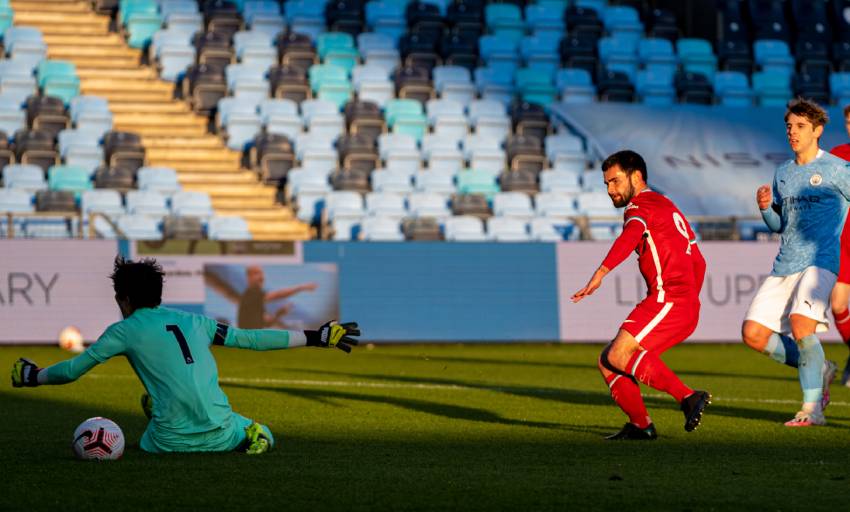 The breakthrough sparked life into the hosts, however. Liam Delap was denied by Ojrzynski and then the post in the 21st minute.

But Robertson made no mistake when presented with his opportunity in front of goal. Palmer latched onto a clipped ball over the top before setting up City's No.10 with a perfectly-executed backheel.

Palmer then went all by himself to add City's second. From out wide, he charged towards the Liverpool 18-yard box, turned Tom Clayton and thrashed a finish into the back of the net.

The visitors' response came a matter of seconds after half-time.

Woodburn's high press led to Claudio Gomes surrendering possession, with the captain subsequently squaring to his forward partner. Again, Hardy steadied himself in the box to place the ball past Slicker. 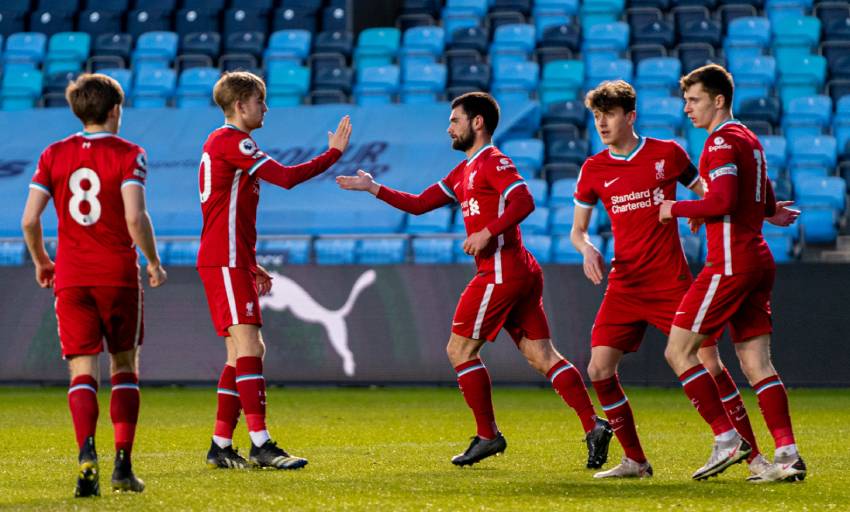 Right on the hour mark, Ojrzynski did brilliantly in a one-v-one situation to deny Palmer his second of the evening and ensure the Reds remained level.

The Reds stopper pulled out some more fine interventions to thwart Palmer and Tommy Doyle with less than 16 minutes remaining.

But he was beaten right towards the end when two of City's substitutes combined. Nmecha did well to bring down Ben Knight's cross as he then poked beyond Ojrzynski to strengthen City's grip on top spot.