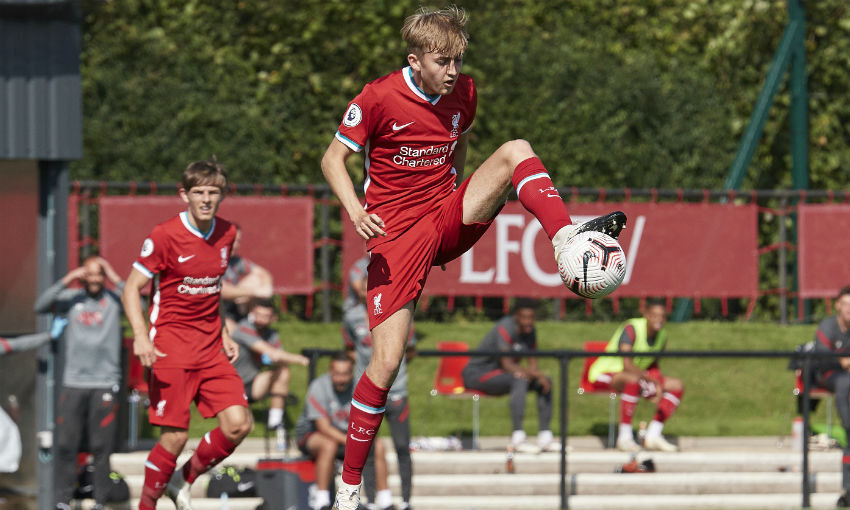 Liverpool U23s were unfortunate to suffer a 2-1 defeat away at Derby County on Friday evening.

Jake Cain opened the scoring for the young Reds with a terrific free-kick after 11 minutes of play at Loughborough University.

But Josh Shonibare levelled proceedings a short while later before a fortuitous goal from Jack Stretton just beyond the half-hour mark decided the outcome of the Premier League 2 fixture.

A strong start nearly saw the visitors go ahead after 45 seconds when Ben Woodburn poked just wide from Liam Millar's cross. But they wouldn't have to wait too long for the opener to arrive.

With Leighton Clarkson also hovering over the ball, Cain took responsibility from a free-kick in a central area.

The midfielder proceeded to fire a whipped, left-footed strike into the top corner, kissing the post en route to the back of the net.

That lead lasted just 12 minutes, however, when Shonibare curled an effort past Vitezslav Jaros from Derby's first attack in the contest.

The hosts' second arrived in fortunate circumstances after determined defending from Conor Bradley. The full-back's tackle to thwart Shonibare saw the ball inadvertently fall to Stretton, who applied a first-time finish.

Woodburn, captain for Barry Lewtas' charges for the evening, was then frustrated by the post to close out an entertaining first half.

Liverpool continued to apply plenty of pressure on the Derby backline in the second period, though it was ultimately to no avail.

Clarkson hit a powerful effort in the aftermath of a corner that was parried away by Derby stopper Emmanuel Idem. Then, substitutes Elijah Dixon-Bonner and Fidel O'Rourke squandered the Reds' final opportunities to salvage something from the game.

Lewtas' youngsters will look to respond when they begin their EFL Trophy campaign away at Wigan Athletic on Tuesday evening.