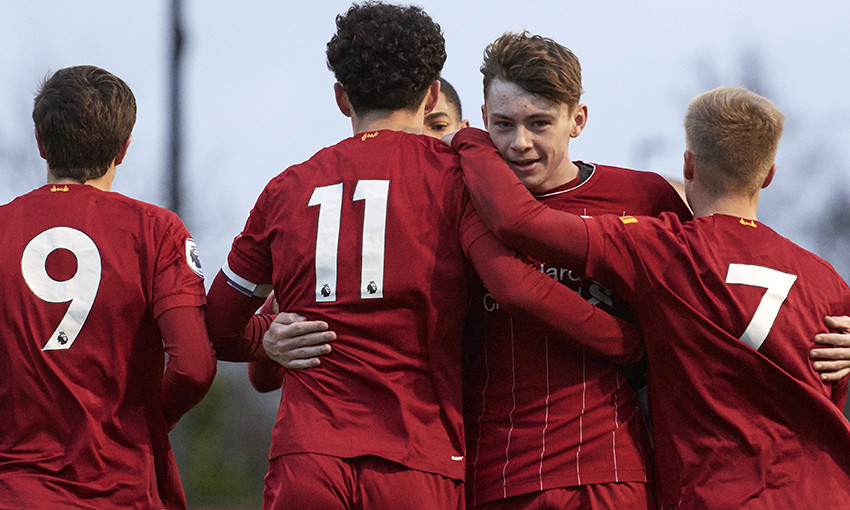 Liverpool U23s were held to a 1-1 draw by Premier League 2 leaders Chelsea in a closely-fought match at the Academy on Saturday.

Reds captain Curtis Jones put the hosts in front with a superb run and finish before the break, but Henry Lawrence equalised late on for the Blues with a rising strike from the edge of the box.

The draw means Liverpool end 2019 seventh in the PL2 table.

U23s boss Neil Critchley named three debutants - Conor Bradley, Remi Savage and Layton Stewart - in his XI, with two more youngsters, Leighton Clarkson and Jake Cain, making their first starts for the side on a wintry afternoon in Kirkby.

The visitors provided a stern test for the Reds from the first whistle, with No.9 Charlie Brown repeatedly troubling the back four early on.

After twice being caught offside in quick succession by the composed centre-back pairing of Savage and Tom Clayton, Brown finally timed his run to perfection to set up strike partner Jonathan Russell, who was denied down low by a smothering save from Liverpool goalkeeper Ben Winterbottom.

The Reds played their way back into the game after a tricky first 15 minutes, with Jones looking particularly threatening when he picked up the ball from midfield and drove at the Blues' defence.

Three or four times the U23s skipper tested the opposition backline, but each time they held strong.

That was until the 38th minute when the forward, who made his Premier League debut for the seniors last Saturday, made the breakthrough after racing down the left and cutting into the box with a menacing run. 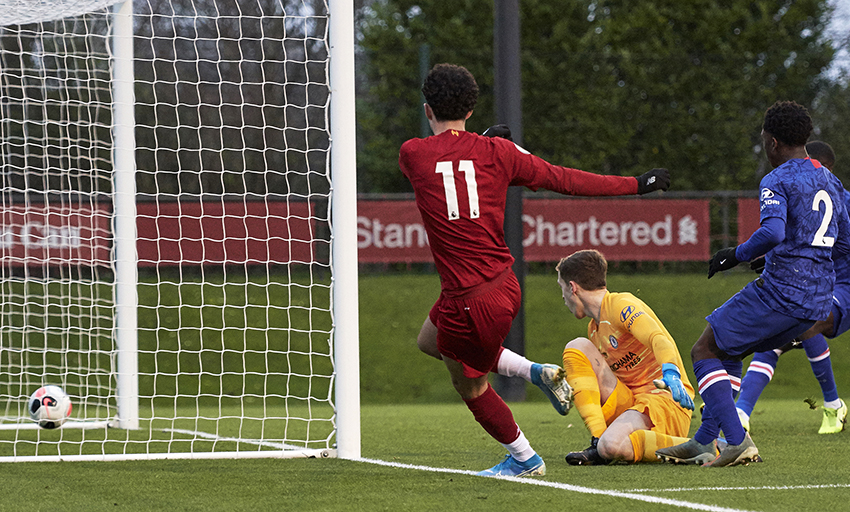 At the break, Crtichley made two changes as Jones and Stewart, who had needed treatment at the end of the first half after falling awkwardly trying to win a header, were replaced by Dal Varesanovic and another debutant, Fidel O'Rourke.

The alterations didn't seem to affect the Reds, who began the half with confidence and attacking verve.

Clarkson, who danced past his marker with a wonderful spinning turn and dragback, then chipped a perfectly weighted pass over the Blues defence for Varesanovic, but the substitute struck over the bar on the half-volley.

On the hour, Chelsea mustered their first shot of the second half as substitute Armando Broja dragged an effort wide on the turn and then scuffed a hit into the arms of Winterbottom.

However, it proved to be a turning of the tide as Chelsea began to apply pressure to the Reds defence.

Forward Faustino Anjorin screwed an effort past the post and then hit the bar after his power, pace and skill had left all but Bradley, whose attempted sliding tackle did enough to put him off, in his wake.

Their equaliser eventually came on 74 minutes, when Clayton's half-clearance dropped to Lawrence on the edge of the box and the No.7 thundered a finish into the top corner.

The Blues were reduced to 10 men with 10 minutes to go as full-back Tariq Lamptey was sent off for a second bookable offence, but it was the visitors who came close to grabbing the win late on.

The troublesome Broja was denied point-blank by the foot of Winterbottom, whose brilliant save turned his shot over the bar and ensured the points were shared.